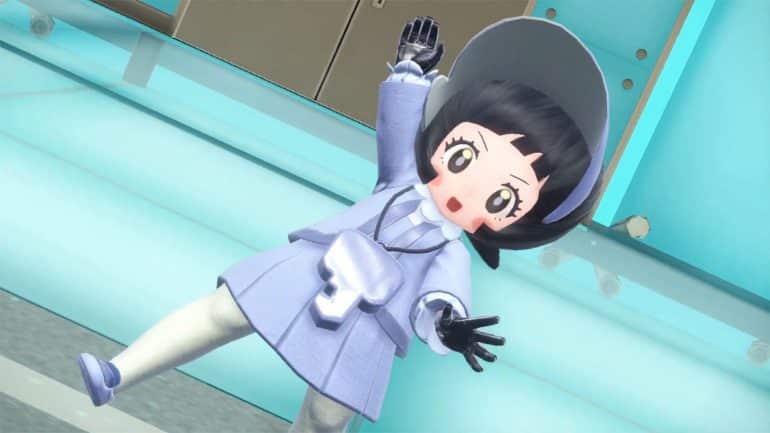 Poppy is the second of the Elite Four that players will face in their journey to become the Top Champion of Paldea. Players must not underestimate little Poppy as she specializes in Steel-type Pokémon with a team that is tougher than nails.

In this guide, we will talk about Elite Four’s Poppy and share some strategies and tips on how to easily win against the fight.

How to prepare for Elite Four Poppy

As always, be prepared to have enough stocks of Full Restores, Max Potions, Ethers or even Max Revives to last the entire league. Most of Poppy’s Pokémon move sets have varied moves, so aside from your ace for this battle, you’ll need another Pokémon that you can substitute as an attacker, plus your tankiest Pokémon as a buffer in case of emergencies.

Poppy’s team consists of the following Pokémon with their respective typings and move sets:

As mentioned in the prep section, you may need two aces in this fight, preferably a Fire, Fighting, or Ground-type Pokémon. For the first match, go for an Annihilape and keep at it if the next matches are against a Magnezone or a Bronzong. It’s recommended to have Annihilape trained to have a good Speed stat or at least have it hold the Quick Claw so that it gets the upper hand against Copperajah and prevent it from laying out its Stealth Rock.

If Poppy switches to Corviknight, you can go for either go for an Armarouge or a Ceruledge until you fight against Tinkaton. You can also switch up the ones mentioned with either Ting-Lu or Chi-Yu which have type advantage and have abilities that would greatly reduce either the Sp. Atk or Sp. Def of the opponents.

Poppy’s ace is Tinkaton and if you’re using either Armarouge or Ceruledge, be wary once it uses Stone Edge. If the attack does knock your Pokémon out, prepare to switch out with your tank and weather it out until they recover.

Another Pokémon worth mentioning is Garganacl because despite it being weak against Steel, its Salt Cure can deal devastating damage against the Steel-type as long as the attack connects. A Garganacl with a high Speed stat plus a Sturdy ability is a great candidate for a salt bomb tactic. Sturdy makes it so that Garganacl survives one-hit knockout moves, which will most likely happen in this battle. You can just cheese it up by repeatedly using potions, too.

Can Poppy be challenged again for a re-match?

Unlike in previous games, you can only go through the Elite Four once, so you will only be able to win against Poppy once. The only exception to this is Larry who is also the Medali Gym leader apart from being one of the Elite Four.