Tango Gameworks got access early to hardware to make it happen! 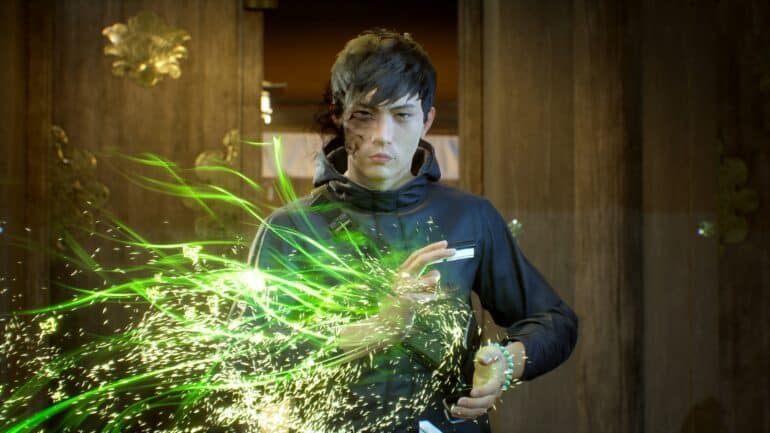 Game Director Kenji Kimura reveals the secret for Tango Gameworks to create the perfect immersive gameplay of Ghostwire Tokyo with the DualSense controller.

Kimura spoke with media outlet Siliconera talking about Japanese yokai, urban legends, and the development of their latest and popular game Ghostwire Tokyo. They discussed the secret of getting that perfect immersive gameplay that players experienced while playing the game with the DualSense controller. It was so immersive that players would feel as though KK, the entity accompanying protagonist Akito, was “surrounding you.”

The director revealed this feature was actually added during the development of the game towards the middle of it. They actually had worked on creating the entity KK and among other mechanics like ethereal weaving shots and core grabbing mechanics before the game become a PS5 console exclusive.

Ghostwire Tokyo Got Accessibility Options Due to Co-Workers

Kimura also explained the reason for Ghostwire Tokyo getting accessibility options. The main reason was to reach out to a wider audience and make everyone enjoy the gameplay so that they would not be limited. They wanted to make other parts of the game accessible for everyone. They actually had team members that were slightly color blind and others that got dizzy with quick camera turns and twists. In order to make it playable for them, they asked for help and support from the team and also from Microsoft so that they could implement these accessibility options.

Ghostwire Tokyo is now available on PS5 and PC.

In case you are interested in other Ghostwire Tokyo articles, check our guides out: