Ghostwire Tokyo – All Ethereal Weaving, Upgrades, and How to Use

The power of the elements in the palm of your hands 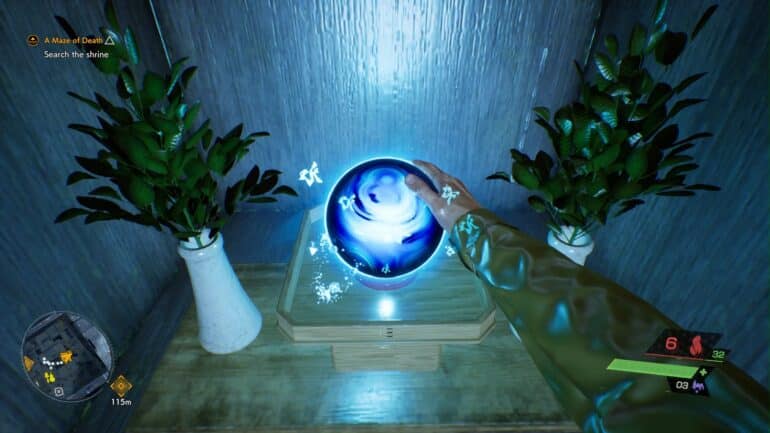 Ethereal Weaving in Ghostwire Tokyo is the ability to bend the forces of nature into an attack that can damage Visitors. There are people in the world who are highly resonant to crystalized ether. They are referred to as having ‘the affinity’.

And while Akito does not appear to have the affinity, KK does. And through him, Akito is able to wield the powers of those who are able to fight against the Visitors.

What is Ethereal Weaving in Ghostwire Tokyo?

You can use special combat gestures called Ethereal Weaving to fight the Visitors swarming Shibuya. However, it costs SP to use these techniques. Should you run out, you won’t be able to use them until you find some ether. You can also swap between different kinds of elemental weaving to best suit your needs in combat.

How to use Ethereal Weaving in Ghostwire Tokyo

To use ethereal weaving, press (R2) to initiate the attack. Holding (R2) will change the attack, and it will often change the nature of it when fully charged.

Charge attacks hit harder and expose enemy cores more easily. You can always press (R3) to cancel the charge if need be.

Allows you to blast weak but rapid gusts of air at enemies. Holding down (R2) will charge it and releasing it will shoot a burst of homing wind gusts.

Wind gusts may not be powerful, they are rapid-firing. The move is also nearly instantaneous, which comes in handy when you need to maintain mobility. Among all the weaving techniques, wind weaving is the most effective at long range.

One final thing, a charged wind burst consumes one SP.

There are two branches on the Fire Weaving upgrades tree:

Fire weaving summons powerful, long-range lances of flame. Charging the attack will transform the lances into balls that explode and can damage Visitors at once. The lance does an impressive amount of damage on a singular target. The same can also be said about the charged attack.

A limited pool SP reserve and a low fire rate are the limiting factors to this attack. Still, if you line up enemies in just the right spot and not miss, it can prove to be devastating.

There are two branches on the Fire Weaving upgrades tree:

Water weaving is an attack with aquatic blades that strike a wide area, making them deadly at close range. Charging the attack will launch a wave that cuts through Visitors.

This is the most reliable technique to use under pressure. The sweeping blade stuns incoming enemies, leaving you with enough wiggle room to reassess the situation. The nature of the attack, however, makes it extremely unreliable at medium and long ranges.

There are two branches on the Water Weaving upgrades tree:

And that’s all there is to all things Ethereal Weaving in Ghostwire Tokyo. I hope this guide has at least informed you of a few things about them.