Hooked On You All Quiz Answers and Minigame Guide

A guide for the minigames and quizzes in Hooked On You: A Dead by Daylight Dating Sim. 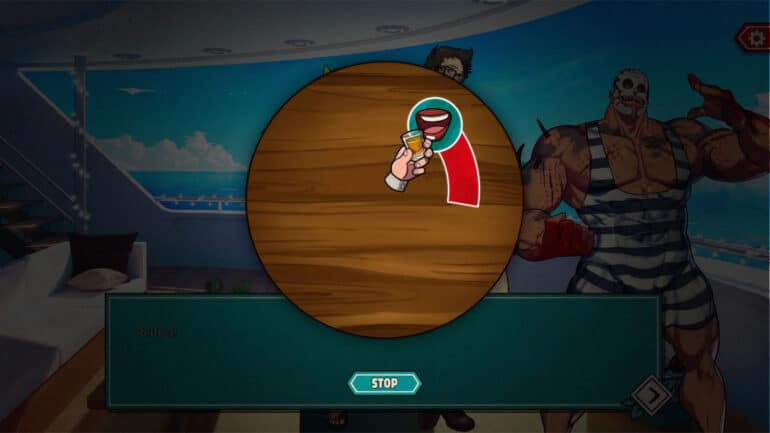 Hooked On You spices things up with some minigames and quizzes as players try to steal, or break, the killers’ hearts who are spending their time indefinitely on Murderer’s Island. Not only do these serve as some sort of a break from all the back and forth conversations with the characters of the game, they also present opportunities to further develop the relationship between the survivor and the killer.

In this guide, we will talk about the kinds of minigames that can be played in Hooked On You, plus we will be sharing the answers to the quizzes, too.

Hooked On You Spinner Minigame

There is only one kind of minigame throughout the entire game and it is the Spinner minigame. This minigame will test your timing and reflexes. Although it has two versions, the objective remains the same on both.

On a circle board, there will be a spinning pointer which usually takes form of an axe, a knife or other items. There will also be a target on the board that has a red “tail” on its latter end. The objective is to click the mouse button just as the tip of the pointer is on the target.

The other version of the Spinner minigame has the same mechanic, but presented in a different manner. Instead of a pointer, there will be a hole on a spinning disk that will let you see the board underneath where the target is.

Depending on who you are with when playing the minigame and depending on your performance, you can gain more affection level on this minigame. It doesn’t always have to be a perfect hit every time as sometimes just having a so-so score can still improve your affection level based on the killer and the situation. In general:

There is also another version of the spinner minigame wherein it takes place on a radio. You’ll have to time the hit so that the pointer lands on the radio station that you want to tune in to.

All Quiz Answers for Hooked On You

In each of the four routes, you will encounter a quiz given either by the killer themselves, or by another character. These quizzes are either based on real-world facts or are based on the characters’ lore. Here are the answers:

Check out this video by cylentn1ght showing gameplay for Spirit’s route: