Huntress Endings Guide Hooked On You: A Dead by Daylight Dating Sim

A guide on how to reach the endings for Huntress in Hooked On You. 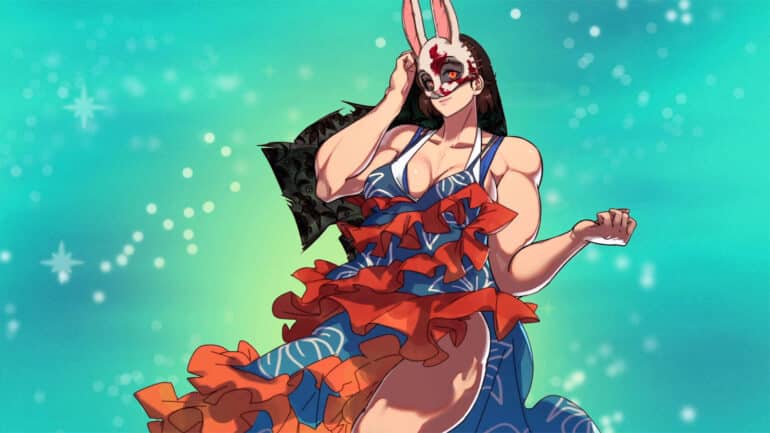 Huntress is one of the possible romantic prospects that players can either woo or dump in Hooked On You: A Dead by Daylight Dating Sim. She may be the least intimidating looking person among the four killers, but one wrong move and she won’t hesitate cracking the suitor’s skull.

In this guide, we will walk you through the interactions on how to get both the good, the bad ending, and some alternate endings with Huntress.

This guide will divide all the interactions and choices by days and will start during the first volleyball scene.

To get Huntress to like you, you’ll have to pick the options that will agree with her motherly and caring side without patronizing her too much. This is hinted upon in the storytelling part of the first day where she talks about her gruesome backstory. Another thing that can help is by getting perfect hits during mini-games as this pleases Huntress.

You just arrived at Murderer’s Island and saw a volleyball land near you. Choose these dialogue options to get the favor of Huntress.

You will then be asked questions by the killers one by one. Your answer in these questions will not matter as it is part of the game’s tutorial.

The following choice and minigame throughout the night will not matter, so you can sleep towards the next day.

On the next day, you decide to go on a date. Select to go on a date with Huntress once the option comes up. Then, follow these options to further gain her favor.

You’ll then have an interaction with both Huntress and Trapper. Choose the responses that would focus more towards Huntress or ones that deny Trapper.

Play the hide and seek minigame, but it doesn’t matter if you lose as you’ll praise Huntress for being good at hiding. Then, select any option for the dialogue immediately after it. You go back to the resort.

You’ll then be tested by Huntress about your knowledge on mushrooms. This is based on real life info on how to spot deadly mushrooms from edible ones. Simply avoid choosing the ones that have rings around the stalk, or just pick these:

Then, continue on with these choices:

At the end of the day, you will have to decide which killer will have their heart broken. Choose anyone except for Huntress.

For the final day, select Huntress to give the flower to once again and proceed with your date. You’ll then take the yacht, and then go to the cabin once more.

You’ll then proceed to help Huntress recover her stuff that were stolen by the other killers. There will be four locations that you have to go into, each is home to one of the killers including Trickster. You’ll then have to do the spinning mini game in all four locations. Pay attention when going through Trapper’s Cave as you need to pick the Underground Tunnel option to not get killed.

You’ll then head back to the cabin where you’ll meet Huntress’ mother. Select these options to finally reach the good ending.

Huntress, now Anna, will then ask you to join her in killing both Dwight and Claudette. Choose “Absolutely”.

For the final choice, choose to say “I LOVE YOU TOO!” to complete the story and earn The Hunger achievement.

To reach the bad ending for Huntress, you’ll have to follow the entire good ending route and pick LAUGH IN HER FACE! on the very last choice dialogue. You’ll also gain The Horror achievement.

This bad ending will only become available if you have broken the hearts of the other three killers, and then break the heart of Huntress. The items that you’ve gathered to far will be sucked into darkness and then The Entity will appear to congratulate you on breaking all of the killers’ hearts. You’ll also earn the Cold Blooded achievement.

If you have not achieved a high enough rating with Huntress, she will then reject your love, but she will still offer you to live with her in the cabin. This can be done by selecting responses that will not, but still selecting to date The two options that will appear have slightly different cutscenes, but both will have you end up tied in the cabin’s basement while another image shows all the killers having fun on the beach. You’ll then earn the Friends Forever achievement.

Check out this video by cylentn1ght showing how to go for the Huntress route: