Wraith Endings Guide Hooked On You: A Dead by Daylight Dating Sim

A guide on how to reach the endings for Wraith in Hooked On You. 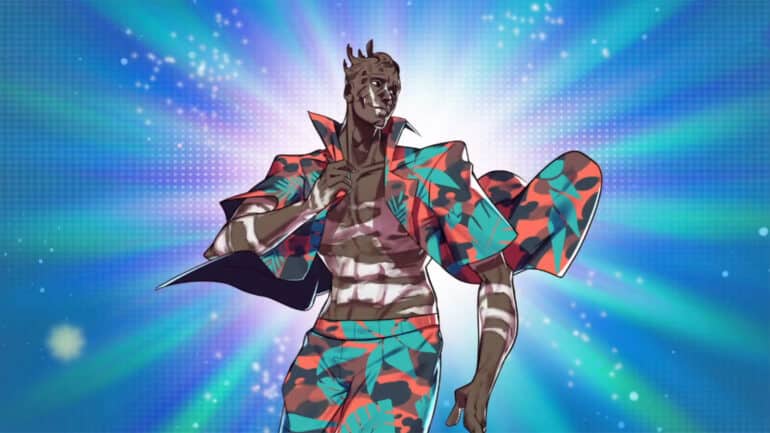 Wraith is one of the possible romantic prospects that players can either woo or dump in Hooked On You: A Dead by Daylight Dating Sim. He is a chill guy, but can get melancholic at times – a sadboi by today’s terms. But make the mistake of getting on Wraith’s bad side, and he won’t hesitate to kill without being seen.

In this guide, we will walk you through the interactions on how to get both the good, the bad ending, and some alternate endings with Wraith.

This guide will divide all the interactions and choices by days and will start during the first volleyball scene.

To get Wraith to like you, pick the options that show your honesty and kindness towards him and others. He also adores his grandma so much, so responses about his grandma will also gain you his favor.

You just arrived at Murderer’s Island and saw a volleyball land near you. Choose these dialogue options to get the favor of Wraith.

You will then be asked questions by the killers one by one. Your answer in these questions will not matter as it is part of the game’s tutorial.

The following choice and minigame throughout the night will not matter, so you can sleep towards the next day.

On the next day, you decide to go on a date. Select to go on a date with Wraith once the option comes up. Then, follow these options to further gain his favor.

You’ll then play the cornhole mini game with Wraith. The result of this game will not affect your relationship with Wraith. You can also select either Truth or Dare on the next game as they both have the same results.

You’ll then have a conversation with Spirit.

You go back to Wraith as he brings you down to his secret lair. You can go for any of the options in this scene. You’ll then rejoin the others for dinner.

At the end of the day, you will have to decide which killer will have their heart broken. Choose anyone except for Wraith.

For the final day, select Wraith to give the flower to once again and proceed with your date. You’ll then go on a date on a yacht.

At this point, you go back to the Cosmic Dump and you’ll have to search for Wraith’s bell that you have misplaced. You’ll then have to go through the other killers’ locations to go look for it.

After going through all three locations once, go back to The Black Lighthouse and say No. You’ll then go back to the Cosmic Dump without the bell, but Huntress will show up. She’ll then tell you something about the bell, but only if you give her the coins that you picked up. You head back to the lighthouse and talk to Spirit. Choose any response in this interaction, but try to get an OK score with the incoming mini game.

You meet up with Wraith once more.

You then meet with Grandma Abi in the secret lair. You’ll then do a couple of mini games during the conversation with her.

You’ll then be given the choice to play the cornhole mini game or play a constellation trivia. These are the answers for the trivia:

Wraith returns and prepares to sacrifice himself for the ritual. Choosing Accept Wraith’s Love will kill him, but it will lead to the good ending. You’ll also earn the Blood Pact achievement.

To reach the bad ending for Wraith, you will have to follow the entire good ending route and pick Reject Wraith’s Love on the very last choice dialogue. Selecting Tell him the others were right about him will summon The Entity who will congratulate you for breaking Wraith’s heart. You will also earn the Star Killer achievement.

Similar to the Star Killer ending, choose to Reject Wraith’s Love and choose Tell him you’re not a killer. Wraith will then get mad and kill you. You’ll then earn The Wraith’s Wreckage achievement.

If you have not achieved a high enough rating with Wraith, he will then reject your love, but he still wants to be friends with you. The scene changes to show all killers having fun in the beach. You’ll then earn the Friends Forever achievement.

Check out this video by Hex: Thick Thighs showing how to go for the Wraith route: