How to Beat Nipulon Boss Guide High On Life 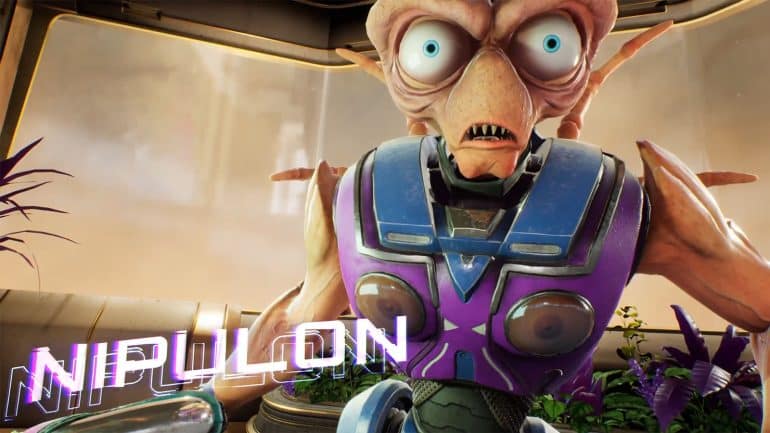 Nipulon is the sixth boss that players will have to face in High On Life. He’s the chief of customer liaisons in charge of managing the distribution of the entire G3’s business of dealing human drugs. He is high up the chain and therefore he’s behind a very densely packed security.

In this guide, we will be talking about strategies on how to defeat the Nipulon in High On Life.

After reaching his office and waiting for around a minute in the lounge, you then get to face off against Nipulon. His fight is broken down into several phases depending on how much health he has left. He’ll talk for a few moments and then start blasting at you. Take note of how he looks like, especially his color, if you can.

For the first phase, you’ll simply fight within his office. Any of the guns will do, but you can take advantage of the small space with Gus’ disc plus Knifey’s deflect, or with Creature’s babies. After bringing down Nipulon’s health to around 60%, he will starting filling the room with his highly hallucinogenic drug.

You’ll then be brought into a recursive landscape. Your task in here is to find Gene and talk to him. After talking with Gene, you then need to go and follow the beam of light that leads to a hole.

The next phase brings you into another hallucination where Nipulon shows up and creates clones of himself, all shooting at you. You then need to find the real Nipulon amongst all the clones. In order to spot him, remember how he looked like for before; most of the clones color shift into a bluish or greenish color, while the real Nipulon keeps his orange skin. It also helps to listen to his voice to find out where he is. Once his health goes down to 30%, you’ll be sent into another delusion.

In this delusion, you need to talk to Lizzie. Same like before with Gene, talk to her and eventually, you need to follow another beam of light that leads into another hole.

The next phase will have you fight Nipulon again. He’ll summon his clones and form a sphere that rotates. All of them will also be shooting their laser beams that you have to avoid. Like before, look for the one that does not change color to find out who the real Nipulon is. The clones disappear for a while once they get shot, so just keep on shooting at the real Nipulon’s direction. Once his health is down at around 10%, you’ll be sent into another delusion.

In this delusion, you’ll have to find all of your guns and retrieve them. Creature is at the operating table, Sweezy is behind the truck, Gus is by the drill, and Kenny is on the diner table. The place is another recursive landscape, so it doesn’t matter which level you are at. Once you have all four of them, follow the beam of light again into the dark hole.

The final part is another delusion, but this time it’s a dash through a corridor straight to Nipulon’s office. You will also be guns akimbo in this part as you’ll gain more arms to hold all four guns at the same time. You can use all of them simultaneously to shoot through all the clones in the way. Once you reach Nipulon, use Knifey to deliver the final blow. You’ll then be rewarded with the Self-Actualization achievement for killing Nipulon.

Check out this video by Golem Gaming showing the boss fight against Nipulon: