How to defeat Ares Island Guardians in Sonic Frontiers: Guide 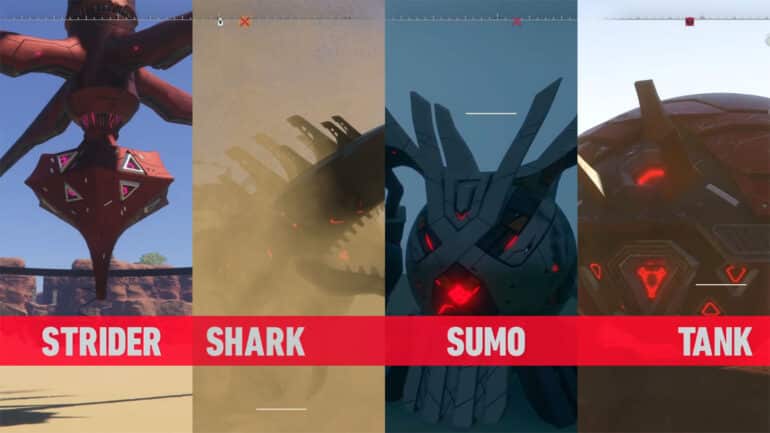 The Guardians of Ares Island offer a different kind of challenge from the previous guardians so far. They inhabit the barren desert sands and pose a far greater danger for Sonic.

In this guide, we will talk about the Guardians of Ares Island and share some tips and tricks on how to defeat them easily.

The Strider is one tall, but spindly guardian that inhabits the desert. It has four long legs connected to a middle segment, with concentric ring rails around it. To get on top of these rails, approach the guardian and wait for it to throw smaller rails at you that you can use as a ladder. You need to go around these smaller rails once and it automatically sends you to a higher ring until you reach the outermost concentric ring.

Once you’re on the large ring, your main goal is to go around it and make sure that the entire ring is coated blue. You can only do its by passing over a segment that is already coated blue; if you jump or skip the rail without the blue coating, you’ll have to step on one again to continue the process. Along the rail ride, the “head” of the guardian will shoot out arcs of electricity that will go around the rail you’re on, but it goes in an opposite direction. You can jump over these arcs, or switch over to a different rail to avoid them.

Once all concentric rings are coated, the head will spawn a platform around it and you can start dishing all of your attacks. After a few seconds, the platform will disappear, and you must do the entire process again starting from the climb from the small rings. This time, the head can send out small bolts that run around the rails with you; green bolts stay on the rails while red bolts can jump between rails. The Strider should be done after doing 2-3 rounds of damage to it.

The Shark can be see roaming in some parts of the desert, especially in the open areas. Only its top fin can be seen and it will pop out of the sand once you approach it. Once it does, pay attention to the lock on marker by its tail to start the fight.

While you hold on to its tail, it will swim around through the sand and go through obstacles. It will then make sharp turns or high jumps, during which you should follow the directional prompts to be able to stay on its tail. After a while, you’ll see a lock on marker behind its head. Charge towards it to stagger the Shark and make it flop to the surface. Use this time to dish out all of your attacks. You can continue attacking it until it burrows back into the sand.

As you go through another round, the Shark will start throwing missiles at your direction. You cannot parry these as they will land on the sand as additional obstacles; simply avoid them by going to the opposite direction.

The Sumo is a brute guardian that summons a ring once approached. The side of the rings can be used to bounce around within the arena, but only the blue sides are safe; the pink electrified sides can deal damage and they move around the arena.

To defeat a Sumo, you must dash towards a blue side of the ring and activate bullet time. During this time, you can re-aim the angle of your bounce. Then, aim at the guardian to bump it towards an electrified side. The more walls you bounce off of before hitting Sumo, the stronger the push will be. Once it’s electrified, it will be disabled for a few seconds. Use this time to bounce off the walls to do a multi-bounce attack.

After its health is below 50%, the next phase will make the electrified walls split, making angling of the bounces a bit more challenging.

The Tank is the hardest guardian that you’ll face in the desert. Once it’s approached, it will summon a whirlwind around itself, bringing you along with it. Timing is essential to dealing damage to this boss as you’ll be going round it while avoiding its exhaust. Lock on markers will appear its sides as you pass by. Once you charge at these markers, you’ll bounce back to your position; you cannot stay near it and deal more attacks.

Time your charges properly and stop charging once it spins to avoid getting caught with the exhaust. Once it gets enough hits, it will fall on the ground where you can attack it freely.

On succeeding rounds, Tank will start shooting out bullets and make the fight sort of a bullet hell. Avoid the bullets and wait for another chance to charge into it. It should fall after 2-3 rounds of taking damage.

Check out this video by RaiRai showing how to defeat the Ares Guardians: