How to defeat Ouranos Island Guardians in Sonic Frontiers Guide 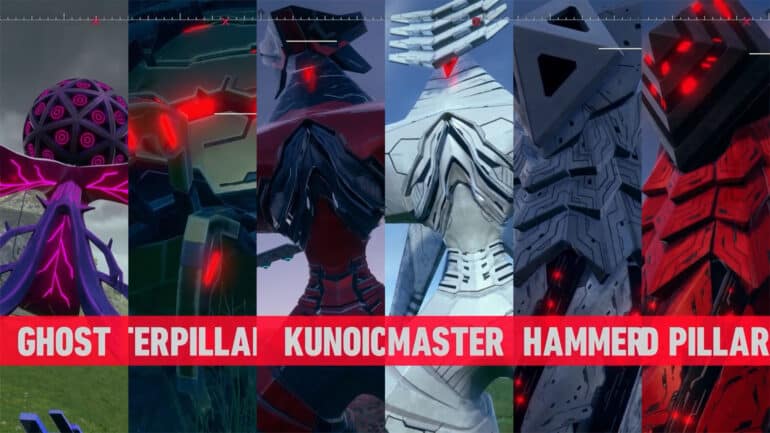 The Guardians of Ouranos Island are the final lineup of Guardians that Sonic must defeat in Sonic Frontiers. These ones are much more powerful than those found in the previous islands and require more effort to survive against and to destroy.

In this guide, we will talk about the Guardians of Ouranos Island and share some tips and tricks on how to defeat them easily.

Continue destroying the pedestals until the Ghost’s health is depleted. It can get difficult once it heads over to pedestals that are within floating tracks.

The Caterpillar is a guardian that has a thick set of armor. Once it is engaged, it will summon two concentric rails around itself held up by an array of diamonds on top of its body. To defeat it, you must gather the blue orbs that are on the rails while avoiding the red orbs and the laser beam. One good technique is to follow the direction of where the laser it going to lessen the obstacles that you have to be concerned about.

After getting 7 out of 8 blue orbs, jump and charge at the yellow orb to the bumper so that you can reach the final blue orb and destroy the final diamond. It will then start crawling away while shooting projectiles and lasers at you. Look for its weak spot behind its back where you can throw all of your attacks at until it is destroyed.

The Kunoichi is the stronger and faster version of the Ninja and Shinobi. It also has the ability to go invisible and teleport closer to you for an ambush attack. Defeating it is similar to its lesser versions, but what you need to be wary about are its attacks.

Once the Kunoichi disappears, prepare your parry as it will strike dahs you at least twice; make sure to re-parry after the first hit. Whenever it summons its clone, parry it as well, then rush over to the real Kunoichi to deal damage.

The Master Ninja is the strongest of all the humanoid-type guardians that you can face in the game. It can summon more clones of itself that are as fast and as hard-hitting as the real one. The recommended technique in dealing with one is to not initiate an attack with it, but rather just be in a parry position and perform a counter-attack. Once it is staggered, use your attacks that can juggle to chain more combos and keep it from regaining its stance.

The Silver Hammer is the stronger version of the Tower and Excavator guardians from the previous islands. Defeating it is similar to the previous versions, with just the only added challenge of avoiding the lasers that it shoots rom its base. Destroy enough of its segments so that you can lower he head down and deal damage to it directly.

The Red Pillar is a more dangerous version of the Silver Hammer as it has all of the latter’s attacks, plus a few more new ones. The attacks that you should look out for are the spike attack and the laser pillars.

Once it slams its ring down to the ground, spikes will emerge and crawl outwards. Jump over these spike to avoid getting hit. As for the laser pillars, pay attention to the ground around it and avoid the spots that glow where the lasers will pop out.

Check out this video by YTSunny showing how to defeat the Chaos Guardians: