How to Save Ryo in Digimon Survive

How to save Ryo from his fate in Digimon Survive. 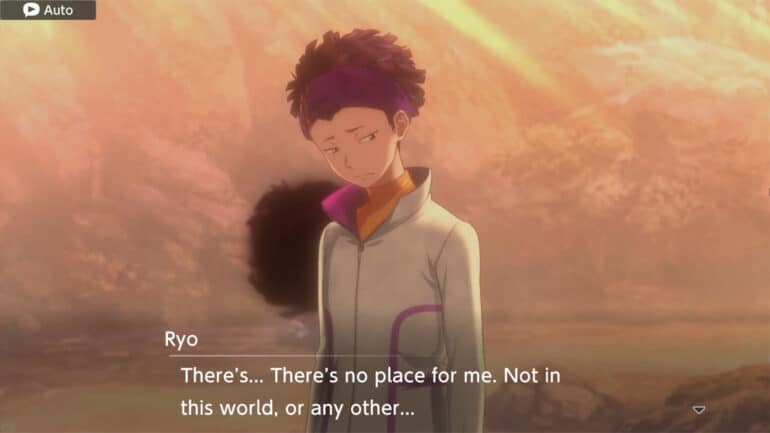 Ryo is one of the kids in Digimon Survive who suddenly got transported into the parallel world of the Digimon. Given the nature of the game where decisions can result into major consequences, it’s quite tricky to save him from his seemingly inevitable fate.

In this guide, we will talk about how to save Ryo, and what are the things to consider in order to make this happen.

Can Ryo be saved during the first playthrough?

No. Sadly, there aren’t enough opportunities in the first playthrough to earn enough affinity points with Ryo to save him from his death in Chapter 3.

How to save Ryo from dying in Digimon Survive

Ryo’s death in Chapter 3 is an inevitable event in the first playthrough of Digimon Survive due to the reason as explained before. However, his fate is not set in stone through succeeding playthroughs.

In order to be able to save Ryo, you will have to go through the entire first playthrough and choose any ending. The split in the story happens in Chapter 8 where you can select two out of the three Karma-aligned endings (Moral, Wrathful, or Harmony), plus one “bad ending”.

As long as you do not select the option to “Never go back” during the scene with Takuma and Miyuki at the human world’s side of the portal, then you’ll be able to proceed and complete any of the other endings.

Go through another New Game+ playthrough after completing the first playthrough. It should be an NG+ save, and not a completely new save file to be able to get the hints and additional opportunities to interact with Ryo.

In the NG+, there will be some slight difference with the dialogs and events that will serve as hints as to how to interact with Ryo to increase his affinity with Takuma properly. There will also be some additional opportunities to interact with him during this run.

It is still possible to fail at saving Ryo if his affinity score is not enough. Though the exact number is still not confirmed, tests show that reaching 30-35 affinity with him is enough to snap him out of his delirium during his imminent death scene. Nevertheless, it’s important to prioritize options that favor towards him during interactions or to talk to him often during Free Roam up until you get past Chapter 3.

If you have successfully raised enough points for Ryo’s affinity, then during his scene when he is about to get engulfed by the fog, he will eventually snap out of his hallucinations much easier after selecting the “Of course, we’ll help!” option.

What are the impacts of saving Ryo?

Other than you can still deploy Kunemon in battles and get additional dialog from Ryo in succeeding cutscenes, saving him is crucial to saving Shuuji in Chapter 5 from snapping and hurting Lopmon, causing Lopmon to digivolve to Wendigomon, who then kills Shuuji.

Also, both Ryo and Shuuji need to survive in order to reach the True Ending of the game.

If you like this guide, be sure to check out our other Digimon Survive articles:

Check out this video by safwan showing how to save Ryo in Digimon Survive: