A guide on how to complete So Uncivilized challenges in LEGO Star Wars The Skywalker Saga. 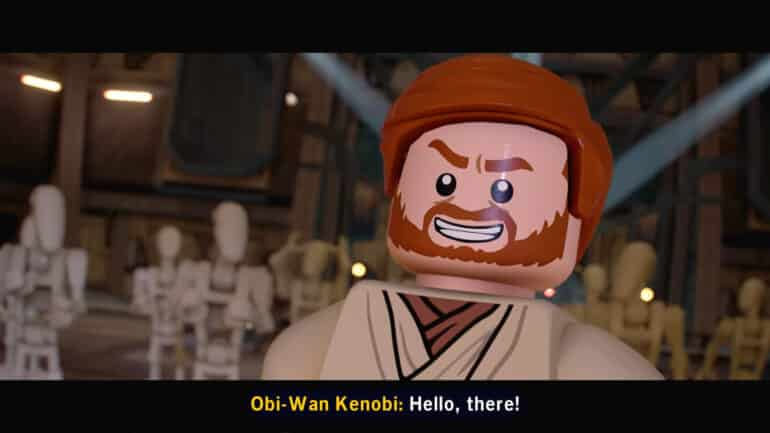 So Uncivilized is one of the main missions in LEGO Star Wars: The Skywalker Saga where Obi-Wan and Commander Cody head to General Grievous’ ship to rescue the kidnapped Chancellor Palpatine and bring him back to Coruscant.

In this guide, we will look into the tips and tricks on how to clear all challenges of the So Uncivilized mission.

How to Unlock the So Uncivilized Mission?

To unlock So Uncivilized, you have play through the first mission of Episode III: Revenge of the Sith.

There are three challenges in the So Uncivilized mission which have their own conditions:

Completing all challenges will reward you with a Kyber Brick.

How to Complete So Uncivilized challenges in LEGO Star Wars: The Skywalker Saga

Attack of the Droids Challenge

To do this challenge, try to stay behind cover when dealing with the ranged droids, or you can use someone with a lightsaber to deflect the shots back at the droids. As for the MagnaGuards, try to lure them away from any supporting fire and then take them out with characters with blasters.

When General Grievous goes up the ladder (w/ 2 arms), don’t pursue him. Instead, you want to go to the opposite side of where he is facing. To do that, go outside the hangar and turn left to see a terminal. Use a Scoundrel to interact with the terminal and release a box that you can stand on. Use a Jedi to climb the gold panels while avoiding the obstacles.

Take the zipline at the very top and go to the end of the walkway to your right. Jump over the railing and on to the platform below to your right side. Then, use a Bounty Hunter to destroy the golden box on the side of the wall to reveal a ladder. Once you get off the ladder and land on the platform, you will complete the challenge.

When General Grievous summons two of his MagnaGuards, use someone with a blaster to defeat them. You can hide behind your other character and while their aggro is on it, run around behind them and shoot away.

Also check out our guide on how to get all So Uncivilized Minikits in LEGO Star Wars The Skywalker Saga.

Check out this video by Gaming with Abyss that shows how to complete the challenges in So Uncivilized: