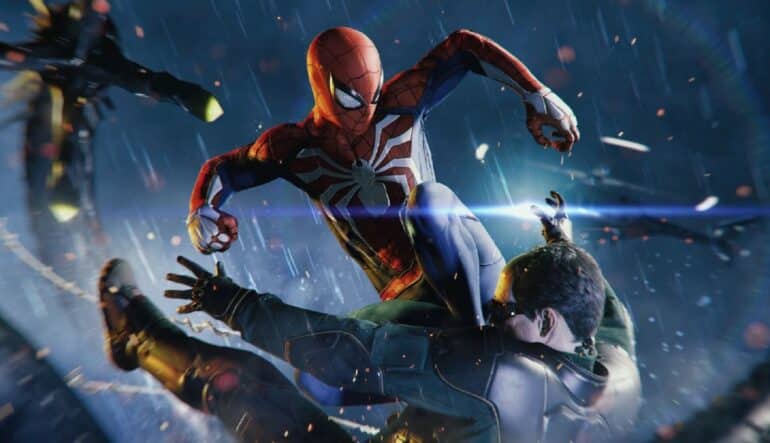 Marvel’s Spider-Man Remastered ending left players wondering what the future holds for the hero and the franchise. Such an amazing storyline is continued in Spider-Man: Miles Morales and will only get better in the next sequel, Spider-Man 2.

As such, here’s a rundown of how things turned out in Marvel’s Spider-Man, with explanations of everything we know, and even some speculation based on the game’s events and Spider-Man: Miles Morales.

The ending of Marvel’s Spider-Man provided an intriguing piece of setup for a follow-up. Firstly, the transition of Doctor Octavius into Doc Ock has concluded. Peter crafts a new suit to fight Doc Ock and capture him, as well as to recover the last remaining sample of Devil’s Breath cure, the lethal Oscorp disease Ock produced to defame Norman Osborn.

Spider-Man and Doc Ock had fought to a stalemate on the roof of the Oscorp tower, but Spider-Man ultimately wins when he rips off Ock’s neural interface. Peter leaves Octavius as he begs for help, despite the fact that he can no longer move without the aid of his tentacles due to the wasting sickness that has crippled him.

Following the battle, Peter is faced with an impossible decision: save the city or save Aunt May? In the end, Aunt May died from the Devil’s Breath sickness, and Petert decides to save the city.

Next, we catch a glimpse of Doc Ock imprisoned and looking every bit like he’ll return in the next game. Peter and MJ reconcile later, and Peter goes on with his web-swinging, crime-fighting antics.

Seeing Peter Parker and Miles Morales again when Peter moves into a new apartment is where the actual fun begins, after the main credits have rolled. Miles had previously been bitten by Spider 42, a mutant spider that had escaped from Oscorp. Now Miles shows Peter about his newfound abilities, and Peter reassures Miles that he isn’t the only one with some quirks. The two of them ended up hanging from the ceiling, a perfect finish to a hilariously awkward scene.

In this scene, we see Norman open a door to a chamber that MJ is unable to access during her mission. Norman quietly assures Harry that he will not stop trying to Fix the situation, and the camera turns to show that Harry has been there the whole time. Held in a tank of green liquid, his body is coated in black webbing that suggests Venom has merged with Peter’s childhood friend.

There is a quick look into the future of Miles Morales in the DLC, where we see Peter training him, but the full follow-up comes in the Miles Morales game. We won’t reveal what happens to Miles later on, so you’ll have to play it for yourself.

To that end, there are still certain loose ends from the conclusion of Spider-Man that need to be wrapped up, so read on.

Which Supervillain are we fighting Next?

Uncovering that Harry Osborn, Norman’s terminally ill son, is being kept in stasis in an OsCorp lab, Harry has apparently become symbiotic with the black substance known as Venom. Following up on that hint, Spider-Man: Miles Morales features a similar scene in which Norman begs his son be woken up despite Dr. Curt Connors’s warnings that doing so could be harmful.

Again, this strongly implies that both Harry Osborn and Venom will play significant parts in Spider-Man 2. In all likelihood, it looks as though they’ll be one and the same.

Additionally, Green Goblin/Mayor Norman Osborn doesn’t appear to be getting there yet. However, investigating his home and Oscorp’s technology shows some obviously goblinish inventions that are begging to be replayed in the sequel.

What about Doc Ock?

Aside from the fact that his neurological condition is only likely to worsen, Doc Ock’s confinement, isolated from his mechanical arms, does not end well for him. Although he certainly harbors a desire for revenge, he does not appear to have carried out his threat to reveal Spidey’s secret identity in the final encounter.

Doc probably wants to kill Peter personally, and if his identity were publicly disclosed, a large group of outraged supervillains and crime lords would form to kill the Peter. There is no further appearance of Doc in the DLC, and his brief cameo in Miles Morales’ memory suggests that his fate will be settled in Spider-Man 2.