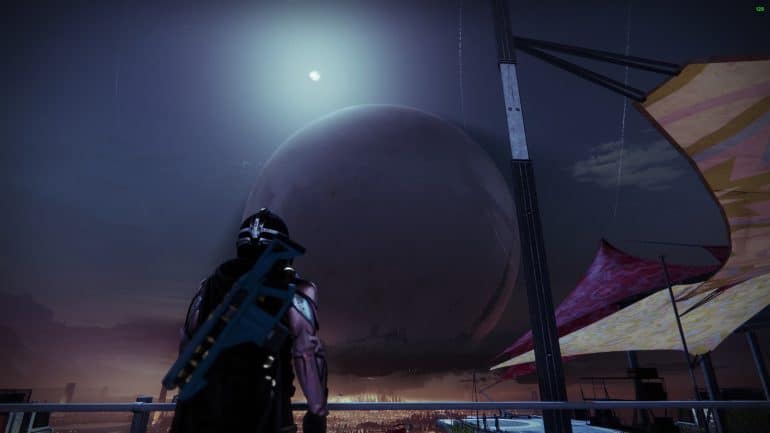 At one point in time, the Merciless Fusion Rifle was a joke of a weapon. It took forever to charge up and when it did, it was ok, at best. Who would have guessed changing one little thing could make a huge difference? Well, that’s what happened to Merciless in Destiny 2 Season of the Seraph. Right now, this gun is living up to its namesake.

In this guide, we’ll show you how you can bring the most out of Merciless Exotic Fusion Rifle using this solar build.

This build also makes use of the Athrys’ Embrace as the exotic armor. This is to further buff Solar weapons and to provide some more offensive options when dealing with ads. Though this is completely up to you. This build’s focus is to stack buffs until Merciless hits like a truck.

But before we go on to the actual build, let’s take a moment and talk about the change that set this weapon’s star to the heavens.

Pre-buff, the gun took forever to charge up to full rev. It also only worked on high-health enemies as killing ads reset the multiplier.

But after these changes, the gun has transformed into a weapon that’s worth carrying around.

This build lives and dies with your abilities. It’s not so strict with timings and management but missing too many Weighted Throwing Knives can make you miss as much as 10-20% of potential damage. It’s no big as Merciless does most of the heavy lifting, but this build’s all about increasing damage for that weapon.

Knock ‘Em Down and Gunpowder Gamble are going to be your Aspects. You can swap out Gunpowder Gamble for the more consistent On Your Mark. But you’ll be missing out on another source of burst damage and it pairs well with the incandescent grenade launcher – Cry Mutiny.

Because of our chosen Aspects, we can only run 3 Fragments. Ember of Torches makes sure that you become radiant after getting a hit with your throwing knife. Additionally, becoming radiant activates Knock ‘Em Down, and thus instantly recharges your knife for another throw.

Feel free to swap out Ember of Tempering for something your speed. I just like it for the additional recovery it brings to the table. And you’ll be getting it a lot since this build makes use of Merciless and an incandescent power weapon.

Ember of Solace is a cornerstone of this build. With it on, you extend the timer for radiant to more than 10 seconds. This also applies to Restoration which you get from healing grenades.

The most important mod for this build is Font of Might. This mod directly increases the damage potential for Merciless. And you need only pick Solar Wells to activate. This is good because every other mod is used for the express purpose of making Solar Wells. (Well of Life is the exception. But that’s because it’s so good at what it does.)

In this build, we have both Explosive Wellmaker and Melee Wellmaker to generate wells and because these two often stack together, Bountiful Wells ensures that we’ll be getting two wells instead of one.

It is advisable to incorporate Fusion Rifle Ammo Finder and Fusion Rifle Reserves for this build. The one downside about using Merciless is that you’ll always be short on ammo. This thing can melt yellow bars like butter but has a problem maintaining reserves. For that reason, you should be running Special Finisher if you’re not using Monochromatic Maestro.

Monochromatic Maestro is specific for season 19. With it, you can get an additional 10% damage increase for a short time after hitting a knife throw or grenade explosion.

For your primary slot, you should use whatever gun you are most comfortable with. Personally, I prefer using sidearms for the quick swap potential. But if auto rifles or hand cannons are more your speed, go right on ahead.

The Merciless Fusion Rifle is going to be in your energy weapon slot. Everything we’ve been building up is for the sake of this gun. We’ll talk more about it in our gameplay loop section.

Currently, my favorite heavy grenade launcher in the power weapon slot, the Cry Mutiny is an amazing weapon that hits hard and spreads Scorch really fast. Direct hits are what you want to go for with this weapon. Also, hitting a group of ads will almost always fully charge your improvised Solar explosive.

But yes, feel free to change this out to your preferred Solar power weapon. This is made for Solar weapons, the Incandescent trait just speeds things along.

Fighting with the Merciless is a straightforward affair. Locate the target with the largest health pool and use ads to charge up your gun.

One of the downsides of this gun is the fact that it charges very slowly at first. But like a Juggernaut, once those bolts start hitting, this gun shoots faster and faster. At its peak, it can accumulate 15 stacks of Conserve Momentum. And at that point, it will shoot faster than a rapid-fire shotgun. To top it all off, the 5 second time refreshes after landing a hit. So, as long as there are enemies to shoot at, Merciless can keep dishing out the punishment.

The first thing you want to do is to throw your knife and hit something. That will cause you to become Radiant and activates Monochromatic Maestro. Then you’ll want to find some ads to shoot Merciless at. Two of them will do before going straight to the boss. The gun will be near max stack once you start aiming at it. For more power, be sure to kill an ad close to you so you can pick up the solar well that activates Font of Might.

This build also allows for some experimentation when it comes to the order. You can build up a couple of stacks first before throwing the knife. The only downside is that you’ll be under pressure to make the shots on the boss. But it’s certainly something you can do.

As long as you can keep producing wells and hitting your abilities, you are going to be close to max power with the Merciless. Once you run out of ammo for your energy weapon, you can change to your power weapon and wail at them with a dozen fiery cannonballs.

This build shreds through Legend Lost Sectors and most endgame content. Remember, you have a healing grenade for burst healing and more healing from Well of Life and Recuperation. As long as there are ads to kill, you’ll have what it takes to survive longer.

And that’s it for my first Hunter guide for season 19. Check back with the site in the future as I post more Hunter build guides as the season progresses. And check out our other guides for this season as well.

Also, check out this video from YouTuber Plunderthabooty where he talks about the changes to Merciless and how the gun has taken over as a DPS beast.