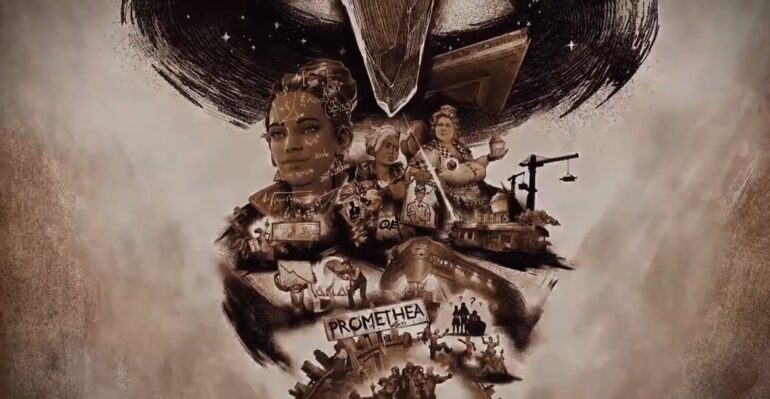 Start-Up is the 1st Episode of the New Tales From The Borderlands, where players will start to journey the borderlands once more and engage in conversations that will determine the game’s outcome. In this guide, we will tackle everything you need to know in Episode 1 and teach players the tough choices they will encounter within.

After a brief introduction and summary of what the Borderlands has, you will begin the episode with Anu, an Atlas scientist that is a bit reckless but is on a verge of a scientific breakthrough. Inside her lab, players will learn how to use the Tech Goggles and there will be chests to loot around.

Make sure to complete all these objectives when controlling Anu:

After completing all those objectives, a new character will be introduced and that is Fran. There will be a Quick Time Event in which you will need to make an amazing Frozen Yogurt. Make sure it’s perfect or else, you won’t get a tip.

Follow these steps to ensure you will get the reward:

After visiting all the main characters of the game, players will control Anu once more and you will decide to phase any of the following objects inside Mr. Strongfork’s Office:

Phase any of these objects above and your robot companion, TIMM-E will offer to look for the lost object by asking you to phase him.

Now the scene will change to Octavio, the last of the 3 main characters in the game and players will need to help out LOU13 assassinate a target. Once you reach the target’s apartment, there are four dialogues to get him out. Once he comes out, either calm him or pis him off by saying his full name.

When the scene changes back to Fran, players will need to deal with an unruly person named Hank and he will make some unrealistic demands. You can choose to do it in a pacifist way to attack him to deal with his violent outbursts. Eventually, he will be frozen by your machine. From there you can choose two major tough decisions:

Now, the 2nd part of the episode will shift to Anu who will be fired from her job and now must deal with an unexpected hostile takeover by Tediore. Players and their allies must get out of ATLAS HQ by taking an escape pod to Promethea. Before doing so, make sure to hug Phuong so that she will be giving you a collectible to earn.

After escaping, Octavio will take lead as you will get to test out his new gadget, the ECHOdex. Use it and scan the following people:

After doing so, Paci will ask you to look for his miniature ratch, Juniper who is stuck inside a cracked wall. Blow the wall up and return Juniper back to Paco. He will reward you with a P-HONE that will help players look for figures and hack electronics.

Returning back to Fran, she will encounter Reba, her childhood bully, and players will need to show her around the shop to see the damage. Depending on what you did to Hank, players will give a choice of letting Reba in to see the back of the shop or not. If you let her in and shatter Hank into pieces, she will show sympathy to you by accepting your insurance claim and getting a reward of $3500.

Now the last part of the chapter becomes a total battlefield. Teidore will begin to invade the city as players take control of Octavio. A new tough decision will be shown as to whether you will need to fight back or hide.

Either choice, players must need to take out a couple of soldiers. Players will need to do everything to survive by dodging bullets, finding some cover, and calling in some backup plus taking out the Tediore commander. Choose Danielle to take out the commander as she can sniper her target from a distance.

After taking out the commander, Octavio will need to get the Brock, an assault rifle made by Tediore. Fight your way out of the City with your allies till you reach Fran’s shop. Caution and laughter will occur within the fight scene as no matter where you aim, an enemy will be killed.

Switching back to Anu as you escape the Tediore, players will find themselves in an unexpected situation where they land on an execution grounds of a psycho known as Stapleface. Escape with the psycho and use the phaser to kill off any incoming enemies.

Finally, the scene will switch back to Octavio where he and his allies arrive at Fran’s shop and discover that there is a transmitter giving away their location to the enemy. A Tediore CEO named Susan Coldwell will arrive and orders her men to blow up the shop and that will end the whole 1st episode.

That’s pretty much everything you need to know about our New Tales From The Borderlands Episode 1: Start-Up Guide. If you guys are interested in Borderlands-related articles, check out the following links below:

Also check out Manugames92‘s full walkthrough on the 1st episode of New Tales from the Borderlands: