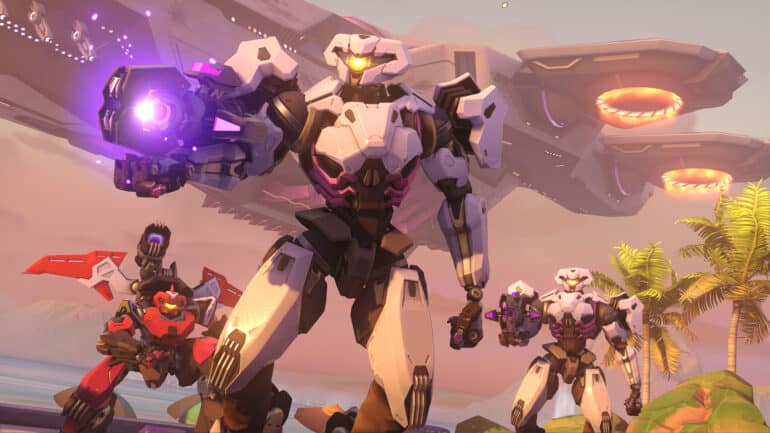 Players seeking to kill some time can head over to the Overwatch 2 Game Modes on offer. If you’re curious as to what game modes are available in the second Overwatch, you’ve come to the right place. This guide will show you every game mode available in Overwatch 2.

Here are all the Overwatch 2 game modes:

There are 8 Overwatch 2 game modes that has been confirmed. However upon the release day of Overwatch 2 this October 4, 2022 only the PVP content will be available. The PVE Story Experience and Hero Missions game modes will be unlocked at a later time.

Veteran Overwatch players will instantly recognize many of these game modes making a return. There are new game modes that are being introduced so it isn’t all the same. With the 6v6 team battles being reduced to 5v5, you’re getting a different experience in Overwatch 2 than you did with its predecessor.

You can read our Overwatch 2 Release Date, New Heroes, Maps, Battle Pass, and Everything We Know for more detail information on what’s new with Overwatch 2.

What Are the New Game Modes in Overwatch 2?

The goal of Push is to gain control of a robot called Clive and push him to the enemy spawn point. There are checkpoints throughout the map that Clive will stop for a bit and rest on. Capture these checkpoints unlock forward spawn points which further benefit your side. The win goes to the team who manages to push Clive to the enemy spawn or the team who pushed Clive the furthest distance.

As for Story Experience and Hero Missions, it seems that Overwatch 2 is catering to players who have been asking for more story based missions in the game. There’s no release date for the Overwatch 2 PVE content yet but we can look forward to the new hero building mechanic that lets us customize each character’s attacks in coop mode.

That’s all the Overwatch 2 Game Modes. We hope you found this article to be informative. Check out our other Overwatch 2 content.

Check out this Youtube video from mL7 showing one of the first looks of the new Support hero Kiriko’s gameplay.