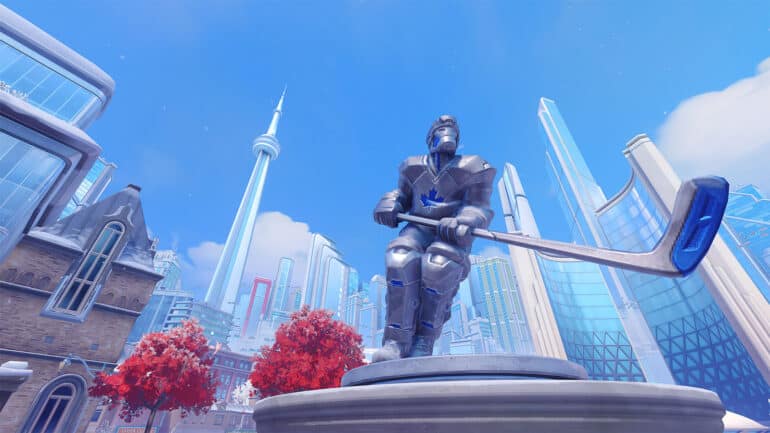 With just a few months away from the official release, we’ll take a look into all Overwatch 2 maps that will be present in the game. These maps are now playable for those who are lucky enough to have been picked through Overwatch 2’s current Beta test, and it’s possible that there might be a new map that will be added between now until its release date.

Circuit Royal is a new map based on the real place of Monte-Carlo, Monaco. Staying with the theme and being the main map for Escort, a main road goes through the map where the payload will be moving on, surrounded by posh buildings and circuit roads with zipping formula one hovercars. This map was previously known as “Monte Carlo”.

Midtown is a new map based on the bustling streets of New York City. It’s a Hybrid map where players will have to escort the payload through between the city blocks and secure checkpoints, continue through the Grand Central Terminal, and end at the subway for the hyperloop. This map was previously named as “New York”.

New Queen Street is a new map that is based on Toronto, Canada. It’s also a Push map where there are helper bots in the middle of the map that can help players push towards the opponents’ side. These bots also push a moving barricade that can serve as cover. Both sides of the map are mirrored identically to make it fair for both teams playing Push. This map was previously named as “Toronto”.

Colosseo is a new map based on the Roman Colosseum of Rome. It’s also a Push map where players will have to secure checkpoints through the alleyways and streets, and even through the outside perimeter of the Colosseum. This is where the Circuit Maximus is also held based on the game’s background story. This map was previously named as “Rome”.

Paraíso is another new map where the first events of the Story Mission happens as shown in BlizzCon 2019. This is also a Push map and is reported as the biggest playable map for Overwatch 2 so far. This map was previously named “Rio”.

Gothenburg is a potential map based in Sweden and is where Torbjorn’s workshop can be found. There’s no update about this map yet since its reveal in 2019, but we’re crossing our fingers that we’ll still get this map used for other game modes.

India is a potential map where one of the major Omnic wars happened. No further updates about this map yet, but if it gets implemented, it will also be one of the largest maps in Overwatch 2.

If you like this Guide, be sure to check out our other Overwatch 2 articles:

Check out this video by Master Ian Gamer showing a tour of all Overwatch 2 maps for Overwatch 2 Beta: