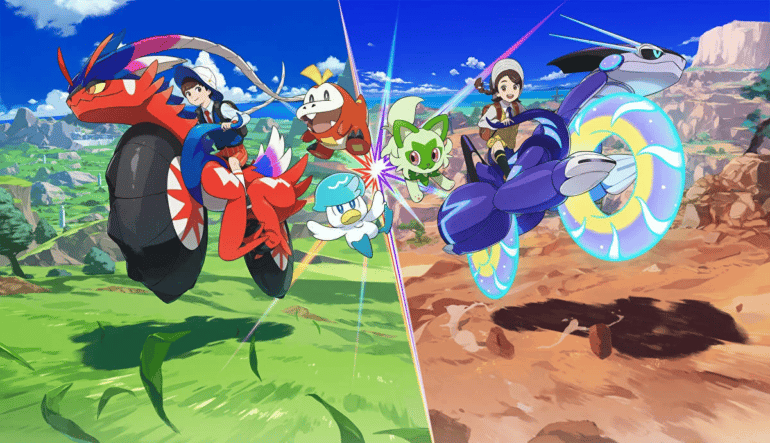 A Twitter post by CENTRO LEAKS showed some unexpected leaks of what new regional Pokémon will debut in the game plus some possible DLC leaks that will come out after the full release of Pokemon Scarlet & Violet.

According to Centro Leaks, there will be at least 105 new Pokemons that will be present in Pokémon Scarlet & Violet. Those 105 include 16 Paradox Pokémon and 5 cross-gen evolutions. Also, 2 of those could be saved for DLC.

Among the new 105 Pokémon, there are already some leaks of which pokemon will have paradox forms, new regional forms, and even cross-gen evolutions. For the regional forms, Wooper & Tauros will have new forms. Just like in the trailer, it is confirmed that Wooper will become a Poison Type pokemon but unexpectedly, it seems that Tauros will be having at least 3 variants with different attributes. News about them will be revealed soon by Nintendo in their next Livestream.

This new evolution will be added to the latest installment of the Pokemon series where certain Pokemons will have evolutions or forms that will have or had as it seems that time travel will be heavily influenced here in the game. Those who have purchased Pokemon Scarlet will be focusing on Ancient forms for at least 8 Pokemons while Pokemon Violet will have Future forms with the same number.

Also, it is shown above the chart that the possible DLC Pokémon are two legendary Pokémon, Suicuine & Virizion will have new forms as well. Based on the given list above, it is possible that we will see Suicuine, as well as other legendary dog Pokémon, have their ancient forms be seen in the game before they were reborn by Ho-Oh in Pokemon Scarlet while Virzion & the rest of Swords of Justice will have possible future forms as well. No further details about them were revealed but we hope to expect more reveals in the coming months before its release.

Pokemon Scarlet & Violet is set to be released for the Nintendo switch on November 18, 2022, worldwide. Players can pre-order the game both physically and digitally now.

For more information on Pokemon in general, check out the official Pokémon website.