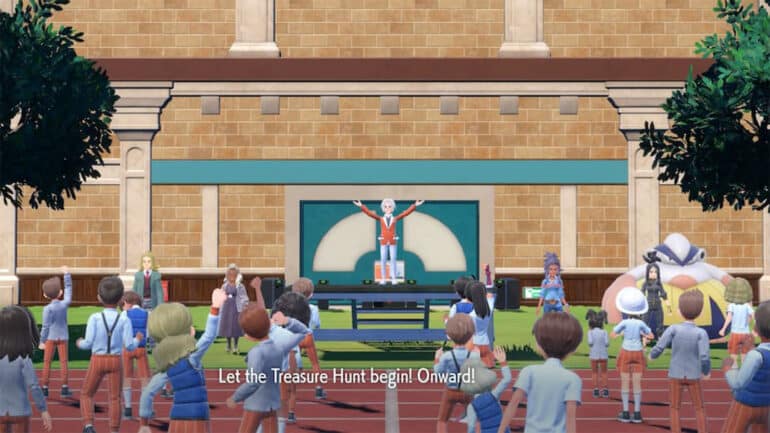 Along with the new adventure that awaits Pokémon trainers in the land of Paldea will be the new Pokémon Scarlet and Violet characters that they will meet throughout their journey. New characters have been introduced during the recent Pokémon Presents teaser, and we’ll get to know them more in this article.

Nemona will be your friend and will serve as your guide on your Pokémon adventure. Despite her experience in doing Pokémon battles, her skills on throwing Poké Balls are not that great, so expect her to ask you for help in catching Pokémon from time to time.

Arven is an upperclassman in the same academy that you go to. His heart and passion is more into cooking food and researching healthy recipes that can help Pokémon recover and even gain other benefits.

Penny is a reserved and shy person. Despite going into the same academy and same grade as your protagonist, she rarely attends class and doesn’t usually visit the academy. Part of the details that were leaked is that your main rival is a girl with blue and red hair, a description in which no other revealed character aside from Penny fits in.

As to why these two Professors never meet seems to be ingrained in the deeper lore of the game.

Clavell is the director of the academy and is in charge of making sure that every student lives up to the academy’s standards. Despite his strict appearance, he can still be kind towards the students and faculty.

According to the official write-up, he is a friend of both Professor Sada and Professor Turo, which can either suggest that both professors exist in the same game and they just don’t meet, or perhaps he is the only person that knows both of them personally. He’s also the only side character so far whose attire color change depending on the version of the game.

Jacq is your homeroom teaches. He also teaches biology and is so fascinated by it that he developed the Pokédex app that can be accessed through the Rotom Phone. He is quite dedicated and obsessed towards his work that he easily loses himself in his research.

There are other faculty members of the academy that are yet to be named who were shown in the teaser.

Grusha is just one of the gym leaders in Paldea and is the only one whose name has been revealed so far. He is the Gym leader of the Glaseado Gym, but prior to taking over the gym, he was once a professional snowboarder. He specializes in Ice-type Pokémon and he has Cetitan as his Pokémon partner.

Check out the World Overview video from The Official Pokémon YouTube channel: