Ready Or Not All Weapons List – Primary and Secondary

An overall look at the arsenal available in Ready Or Not. 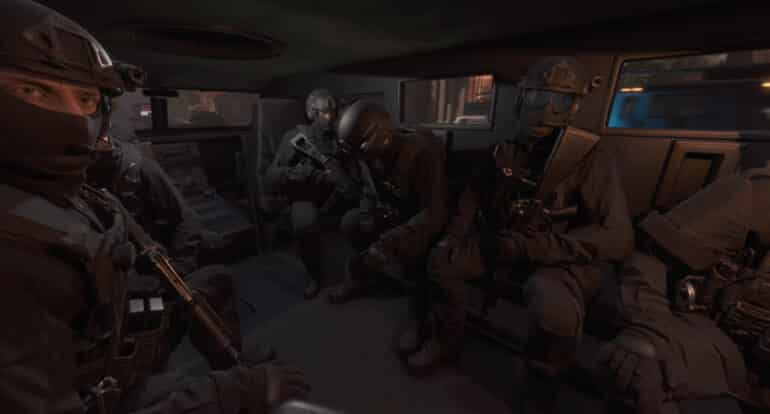 Ready or Not has an interesting arsenal or weapons with it being a hardcore tactical shooter.

Ready Or Not is the latest game made by VOID Interactive in which you play as a SWAT officer and carry out missions taking out dangerous hostiles. Of course, a SWAT operative has to have the right firearms to successfully complete a mission.

Though the game was just released last December, Ready Or Not’s arsenal is not that big, but it’s not lacking. There is still a number of guns ranging from assault rifles to pistols. There are even less lethal options as well for situations where you only have to subdue a suspect. Plus, the game and its devs are encouraging players to add more guns through mods.

These are the main guns in Ready or Not; the ones that you will have on the ready for most of the time. They are also known as “long guns”.

The HK416 is a German assault rifle used by many international groups, including the NAVY Seals. Known for its reliability and operation durability.

The M4A1 favors top handling and mobility with low recoil, in place of raw firepower.

The SA-58 is the right arm of the Free World. A sturdy and proven Battle Rifle chambered with 7.62x51mm cartridges.

The SBR-300 is a CQB oriented rifle chambered in 300 Blackout.

The SR-16 is a lightweight carbine, featuring a full-length quad rail system and impressive muzzle velocity.

The TAC700 fires a low-velocity plastic-cased round filled with Oleoresin Capsicum, the active ingredient present in most pepper spray formulas. Giving the weapon a greater effectiveness at range compared to the OC Spray.

The MP5A2 is a lightweight submachine gun once widely used by the SWAT in North America. Chambered with 9mm bullets, it’s a powerful weapon but watch your targets.

The MPX is a modern pistol-caliber carbine with AR-type controls for maximum familiarity and comfort.

The UMP-45 is one of the slowest submachine guns available die to its large cartridge size, but it comes in use for stopping short range targets fast.

The 870 CQB is a pump-action shotgun often used by police and military worldwide.

The M4 Super 90 is a gas-powered combat shotgun. Very reliable and very powerful with a rail system to suit your needs.

Also known as the sidearms, these handguns are often used when your primary runs out of bullets and you need a quick response to threats.

Currently, going through the descriptions of the guns is the only way on getting a quick visual idea on how the gun will operate. The shooting range is always available to test out the guns and find out which ones work well for you, especially once you kit it out with attachments.

Upcoming Weapons in Ready or Not

The game is also set to get an update this month which includes more weapons, along with additional content and changes. With the weapons, we can expect to see:

If you liked this article, you may like to check out our other Ready Or Not articles:

Also, check out this video by 247 Sim Gaming as he briefly goes through all the weapons available in Ready Or Not: