Rollerdrome All Weapons & How to Unlock

Every weapon in Rollerdrome you can get your hands on. 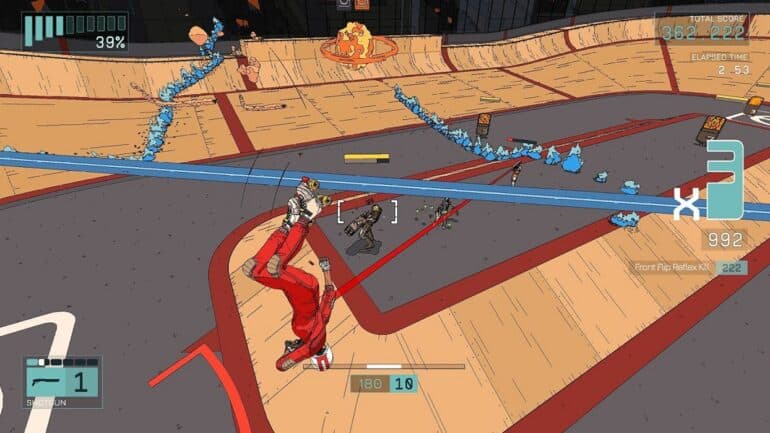 Rollerdrome doesn’t have have that many extensive weapons to unlock as other third-person shooters but it more than makes up for it by combining mechanics from other games to form its own unique identity. Players can unlock a handful of interesting weapons to spice up their gameplay. Learn how to unlock all weapons in Rollerdrome with this guide.

All Weapons in Rollerdrome

Rollerdrome has four weapons in total. You can earn three of them with one already unlocked at the beginning of the game. Here are all the weapons in Rollerdrome:

The Dual Pistols are already unlocked at the start of the game. They’re the fastest weapons in Rollerdrome but they deal the least damage to compensate. If you like playing Max Payne or Devil May Cry, then these two starter guns will feel just right.

The Shotgun is a powerful weapon that deals a lot of damage. However, it can be slower than the Dual Pistols and doesn’t have as much range. Most players seem to favor using the Shotgun due to its high damage output.

The Crossbow is a slow firing weapon, but it can pierce through enemies. It deals a lot of damage and you can charge it to make it more powerful. The Grenade Launcher is is a weapon that deals damage in to a small area. The name is pretty self explanatory in that it launches grenades that deal damage in a radius.

How to Unlock Weapons in Rollerdrome?

You unlock weapons in Rollerdrome by progressing through the campaign. The campaign is roughly about 4 hours in length so you should earn all weapons by then. The only weapon you don’t need to unlock are the Dual Pistols.

Interestingly enough, you don’t need to unlock the cheats related to these weapons such as Infinite Ammo. You can find these cheats under the Assist tab in Settings of the Main Menu. they don’t disable acquiring trophies but they prevent your score from being sent to the leaderboard. So if you want to have some fun with the weapons you’ve unlocked without worrying about reloading, you can go right ahead.

That’s every weapon in Rollerdrome and how to unlock them. We hope you found this guide to be informative. Don’t skate away because we have more Rollerdrome content to get into.

If you want to see how other people are faring at the game, you can check out theRadBrad try his hand at Rollerdrome.