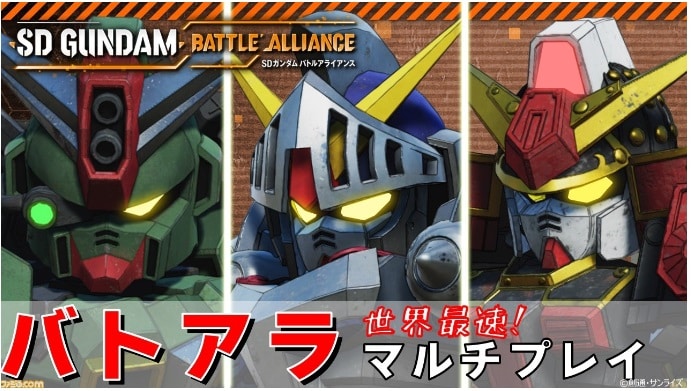 In a recent stream on the Gundam JP channel, developers of the newest Gundam game, SD Gundam Battle Alliance, showed new gameplay footage featuring the multiplayer mode. The stream showed one of the iconic scenes from the Gundam series featuring the 08th MS team where they will face Apsalus III.

According to the developers of the game,  SD Gundam Battle Alliance will lead the story of the “Gundam” series, which has been distorted by a phenomenon called “History Break”, to the official history by capturing various missions.

In Battle Alliance, players can team up with 2 players online to form a party of 3 to clear missions that are to finish. Not only do players unlock new missions and increase their stats from clearing the mission but they also gain new rewards as they do.

Also, a surprise was shown in the stream, the gameplay of the 3 newest DLC SD Gundams was featured showing off their offensive and defensive capabilities. SD BB legends Knight, Musha, and Commando were featured in the stream and will be available for the game once gamers pre-order the deluxe edition of the game.