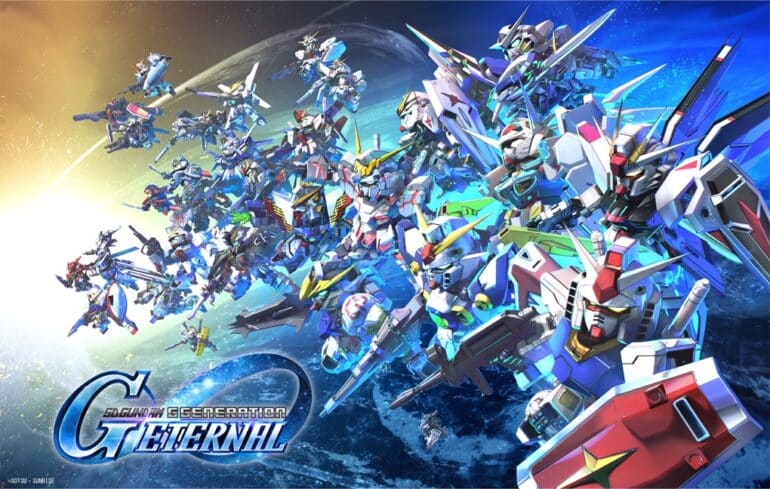 SD Gundam G Generation Eternal was recently announced this year as one of the new SD games that will be released by Bandai Namco for Android and the IOS but few details about the game were released. An announcement trailer of the game was released by Bandai Namco so fans of the Gundam series are wondering what kind of game it will be till now. Recently, new info about the game was revealed and this game will be something worth playing on gamers’ phones

SD Gundam Generations Eternal allows you to relive the story of all Gundams from TV animation, theatrical versions, games, manga, and novels. Following the original style of SD Gundam games, this game will test one’s skill in tactical planning and mindset.

Units will be obtained through the gacha system and the method of obtaining new units will be available as well through the use of the Development and Production game functions. There are chances of being unable to form your favorite squad because your favorite units are locked by gacha has been reduced. Despite that, there may be cases depending on the timing of new scenario updates and events, where new Mobile Suits and other units will be first available through gacha.

The game will retain the signature gameplay experience known in the G Generation series, and it will be a proper simulation game where you control your units on grid-based battlefields. An Auto-Mode function will be added as well so players will be able to easily play event stages and such where you can get upgrade materials as well.

Mobile Suits and other units will be available through the gacha system. This system will feature the following:

Units obtained through gacha may have a chance to be equipped with Eternal Arms, which will have unique battle animations special to G Generation Eternal.

An example is the Phoenix Gundam in the video below:

By upgrading and training units, their status parameters will go up and get stronger. The upgrades will come in handy in clearing difficult and complex stages. The advantages of doing are the following:

All Mobile Suit units will be equal in power once fully upgraded to their max parameters, which will allow you to focus on upgrading your favorite units to create your dream squad and sortie. Their status parameters will be exactly the same when fully upgraded and each unit will still have its own unique skills and abilities, which will give them its own unique strengths and weaknesses.

A closed beta test will happen soon in which players can experience a selection of stages featuring content from the Gundam series, create your own squad, sortie, and enjoy battle animations! There will also be about 100 units available, and you will also be able to use functions like Training, Development, and Production to get units and characters.

SD Gundam Generations Eternal will be released soon for the IOS and Android. No news for when its initial release will be but more info about the game will be revealed soon. For more details about the game, click on their website.