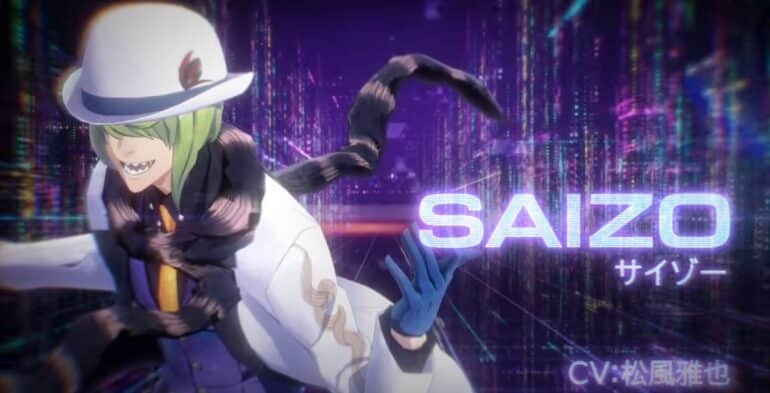 A new character trailer from Soul Hackers 2 was recently uploaded on ATLUS JP Youtube Channel featuring Saizo. The trailer showed Saizo’s background and also provides details of what kind of past he had before getting himself killed.

At the same time, the official Soul Hackers 2 website has been updated to coincide with the release of the new character trailer.

A freelance Devil Summoner. Although he’s murdered by a Phantom Society agent, he is resurrected with Ringo’s soul hacking. He decides to accompany Ringo and her team with a certain objective of his own in mind. A romantic at heart, he plays it cool in his own endearing way. Able to read the room, he often mediates and steps in whenever Arrow and Milady clash with one another. Before dying, he was in a relationship with a Devil summoner named Ash but was accidentally killed by her in a mission he took.

Saizo has a high aptitude for using guns, especially a Tommy gun. He is an accurate sharpshooter and can use his skills to either deal a wide range of effective damage to multiple enemies or use skills to support his fellow party members.

Devil Summoner of the Phantom Society. At first glance, it gives the impression of being dry, but in fact, it also has a deep and romantic side.
She seems to have had a relationship with Saizo, but for some reason, she broke up with him. She helped kill Saizo, but apparently, she didn’t mean it …?