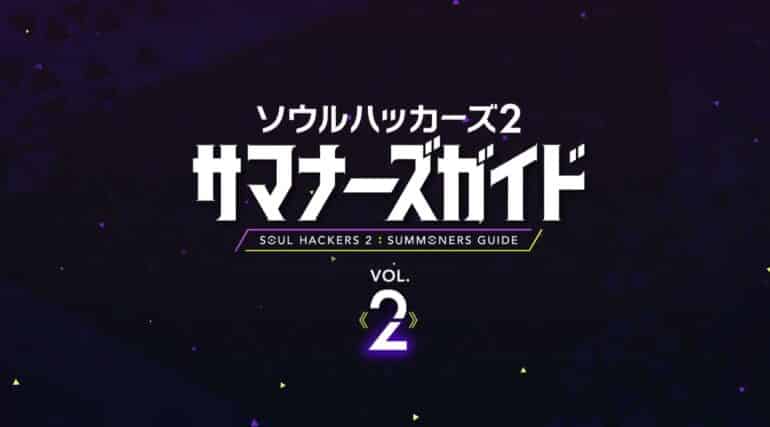 More Soul Hackers 2 trailers have been popping out recently on the ATLUS JP Youtube Channel, with one featuring different types of demons that will assist players once the game comes out. And another new video featuring a guide on how to use demons inside and outside of combat as well as more information about dungeon exploration.

Previously, a character trailer featuring one of the characters that will be playable in the game, Milady. New info about her was recently added in the new trailer as fans will find out that she had a strong romantic relationship before with Iron Mask only to be betrayed and killed by an assassin sent by him.

In Soul Hackers 2, players will be exploring different dungeons to either complete quests or farm for goods and level their characters to a higher stat. Not only that, but it is also a good source of finding new demon allies to assist the team. Upon exploration, players will find themselves fighting stray demons. Sometimes, they can sneak up on you and will activate an ambush that will lead you to a disadvantage. To prevent such occurrences, players can either avoid them or engage in a preemptive strike to fight them off. Doing pre-emptive strikes can easily be a bonus putting yourself at a better advantage and will give additional awards if won properly.

Devils have a wide range use of skills inside and outside the battle. In Soul Hackers 2, a certain skill activates when starting a dungeon exploration called “Demon Recon.” This skill allows Ringo to send your personal devils that players have and send them to do the following:

Demons can be set into each party member’s COMP giving them improved stats and new skills to use in battle. However, no matter how strong it is, sometimes certain COMP stats will be affected depending on the strengths and weaknesses of demons that will be used in the game.

At the end of the trailer, ATLUS announced a new event to celebrate the game’s success before the launch. The event is called, “SOUL HACKERS 2: Premiere HANDS-ON event.” It will start from June 4th to June 5th in Tokyo. Invites only and players can join the event through the game’s main website.