SSR Relics in Tower of Fantasy

A guide about the SSR Relics in Tower of Fantasy. 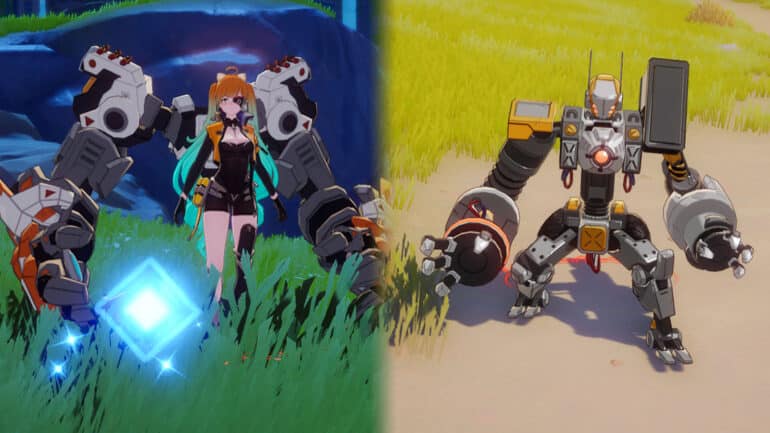 SSR Relics are the stronger types of relics that can be deployed in Tower of Fantasy. Unlike the SR relics, these relics are designed to be used more for combat, either offensively or defensively. There are several ways of how to obtain them, and they can even be upgraded to improve their respective stats.

In this guide, we will be going through all the SSR relics available in the game, plus provide a short guide on how to obtain them.

Here are all the SSR Relics you can find in Tower of Fantasy:

Quick guide on how to unlock Colossus Arm

There is a quest line that has to be completed to unlock the Colossus Arm which involves the Hyenas.

The Omnium Shield is a defense type relic that can stop projectiles for 10 seconds when summoned and its energy capacity is proportional to the wielder’s max HP.

The Type V Armor is an attack type relic that can be piloted for 30 seconds. When active, it can shoot out a barrage of bullets and missiles for its attacks, while its skill lets it do an Aimed Shot.

How to unlock Type V Armor: Obtain 1,035 Exploration Points in the Crown region.

The Spacetime Rift is an attack type relic which summons a proton bomb that sucks enemies at the point where it lands, and then explodes after 1.5 seconds which causes damage to enemies caught in its range.

The Confinement is an attack type relic that creates a confinement area for 10 seconds. Enemies caught in it will take damage from the energy pulses which take on the element of the active weapon. Targets who touch the perimeter will get stunned.

The Drone is a defense type relic that reduces the final damage taken when summoned.

The Hologram Projector is an attack type relic that projects a hologram of the user that lasts for 15 seconds. The hologram will copy the user’s attacks that deals portion of the user’s damage.

How to unlock Hologram Projector: Obtain 1,035 Exploration Points in the Warren region.

The Alternate Destiny is a defense type relic that generates a pocket dimension for 8 seconds. Within this dimension, allies will gain immunity to hitstun effects and their HP will not go down a certain threshold. Spending 8 seconds in the dimension will prevent users to receive the same buff for 45 seconds.

Check out this video by LegionzGaming showing the best SSR relics to get: