The Quarry Eliza: The Hag of Hackett’s Quarry

Know more about this mysterious lady. 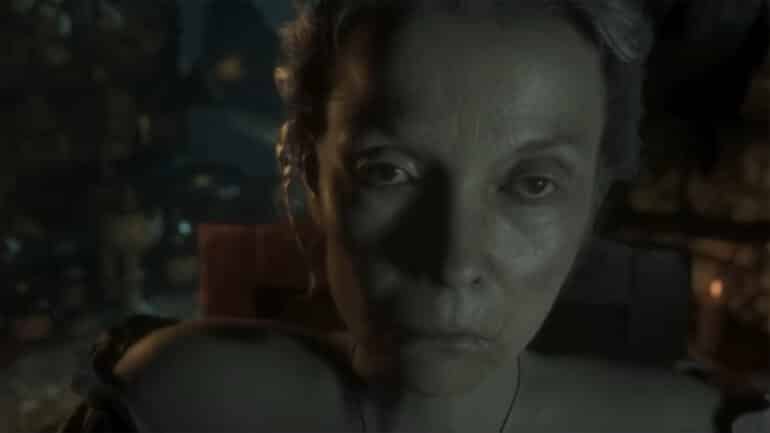 Who is Eliza, the Hag of Hackett’s Quarry?

Eliza Vorez, also known as the Hag of Hackett’s Quarry, is a side character in The Quarry which the player gets to interact with. She was once part of the Harum Scarum caravan and served as the fortune teller who has the ability to read tarot cards.

She is the mother of Silas Vorez known as the Dog Boy who is the source of the curse. Caleb and Kaylee Hackett’s failed attempt to distract people in order to save Silas caused a massive fire that burnt the entire place. But Silas eventually bit Caleb which caused the curse to spread to the other Hacketts.

At first, Eliza thought that Silas has died in the fire, but she figured out that Silas has managed to escape after seeing that the corpse by the cage was not her son’s. She then set out to try and find her son and get revenge towards the Hacketts for what they did to the caravan.

Players will then get to meet her in her caravan offering her services of giving premonitions whenever the player manages to bring her back her tarot cards that can be found by exploring places in the game. If the player comes back empty handed, she will be disappointed at the player, but if a tarot card is brought back, she will then give a reading based on what tarot card is chosen.

Is Eliza Vorez dead in The Quarry?

Yes, Eliza is dead and the one that you interact with is her ghost. She gets impaled through the heart by a pole if you fail the QTE during the burning caravan flashback. On the other hand, even if you succeed with the QTE, she still gets killed by an explosion as she walks through the burning wreckage, although the camera pans up as this happens.

This is why she was able to briefly appear at the backseat of Max’s car at the first part of the movie and was able to suddenly whisper at some of the characters at some points of the story. She has haunted the woods of the North Kill ever since her death and may have done so multiple times in order to get someone to save her son, which gave birth to her myth as the “Hag of Hackett’s Quarry“.

The Quarry Eliza Endings and Reactions

Eliza will have several dispositions towards the player depending on the outcome of the story.

If you like this Guide, be sure to check out our other The Quarry articles:

Check out this video by Manugames92 showing all of Eliza’s outcome reactions in The Quarry: