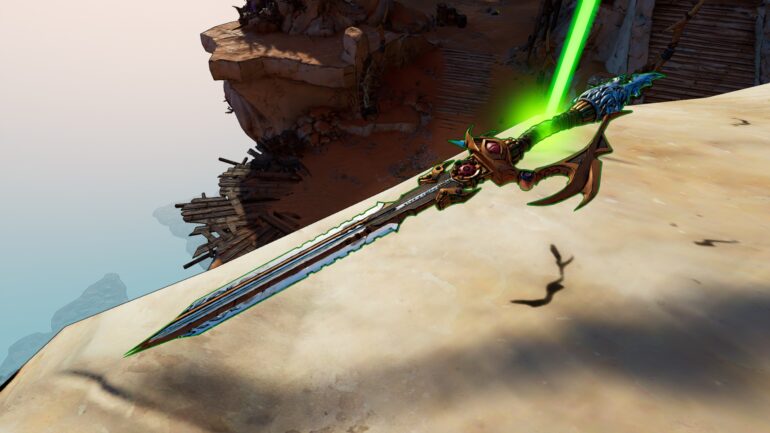 Tiny Tina’s Wonderlands features Melee Weapons, so get ready to slice your way through baddies.

Compared to other Borderlands games, melee weapons and manufacturers will be considerably more comparable. They’ll have its own slot, varied rarity, stats, and effects, as you’d expect from most guns. They also have their own randomizer mechanism, like how all of the firearms in Borderlands can have all these different pieces on them.

There are four types of melee weapons in Tiny Tina’s Wonderlands, each of which has a variety of choices and It’s a good idea to familiarize yourself with the four major manufacturers of melee weapons, regardless of the weapon you use.

Here is a complete list of all Melee Weapon Manufacturers and the weapons they designed:

A well-made Kleave axe will make quick work of your foes. Kleave makes Great Axes, Hatchets, and Kamas, all of which have significant critical hit damage and probability (high critical hit chance and damage).

Get through any predicament with ease by swinging a Swifft one-handed sword at the enemy! Despite the fact that they don’t provide the greatest damage per hit, their fast attack speed allows you to get more stabbings in with less time. When it comes to swords, Swifft specializes in Long Swords, Scimitars, and Sabres, all of which have a high probability of dealing elemental damage and high critical hit chance.

Bonk’s blunt weapons are perfect for causing a ruckus, so make a show of it and brandish a huge stick. These high-damage sticks will put your opponents out of their wits. Bonk prefers to use Morning Stars, Hammers, and Clubs because of their high critical hit damage and chance to deal elemental damage.

With a two-handed Valora sword, you only need to slash once. They take a bit time to swing, but their crushingly high damage rate justifies the effort. Greatswords (high critical hit chance and damage), Claymores (huge base damage), and Falchions (high chance to deal elemental damage) are all forged by Valora.

Various melee weapon hilt mods grant Bonus status effects; the following is a list of the ones we’ve found so far:

The six various types of weapon damage in Tiny Tina’s Wonderlands, all are in your list of abilities, and are imbued in the weapons you’ve looted:

Tiny Tina’s Wonderlands uses melee fighting as a supplemental feature. For the most part, your primary means of doing damage will be ranged weapons.

Tiny Tina’s Wonderlands Melee Combat does not feature any defensive parrying mechanics because the game is mostly an offense-oriented one.

The synergy between melee and other gameplay features is undeniable. Using certain abilities, skills, or status effects, you may quickly and simply incorporate it into your fighting style. It is possible that arrow bolts can weaken foes to close-range attacks and vice versa depending on the other mechanics in play.