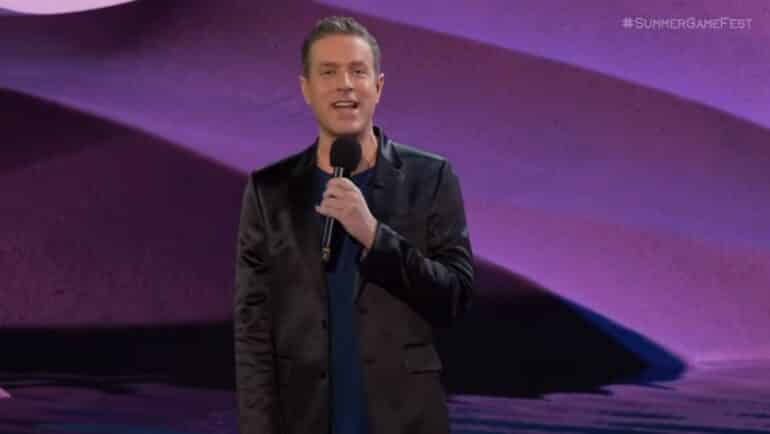 Another year, another show had more sponsored breaks in it than big reveals. joking aside, I consider Aliens Dark Descent to be a huge reveal but that had more to do with it being from the Aliens franchise than anything else. There are more Summer Game Fest 2022 announcements, however. Unfortunately, some have already been announced previously, deliberately or accidentally.

Now that we’ve had time to process everything and watch a couple of events since yesterday. All I can say is that I was more interested in the Indie game announcements from Day of the Devs and Freedom Games Showcase than most of the titles in Summer Game Fest. (I’m still waiting for the One Lonely Outpost release date announcement. A proper one!)

This isn’t a knock on the amazing trailers during the first day of Summer Game Fest. But when the titles you are supposed to be the most hyped for premiered in Sony’s last State of Play, you just can’t force yourself to get excited. There’s also the fact that The Last of Us Part 1 got leaked ahead of its big reveal. That’s quite unfortunate, yes?

I can’t also say that the event was a complete wash. There’s the aforementioned Aliens Dark Descent. And there’s also the game that killed the dream of anyone hoping to see a Dead Island sequel – Goat Simulator 3. A game so epic it skipped bypassed Goat Simulator 2.

That’s it for the intro. Here’s our list of the Top 10 Summer Game Fest 2022 Announcements.

Part 2.5D platformer and part first-person puzzle solver, American Arcadia tells the story of Trevor aka someone who breaks free from his “role” in American Arcadia and is looking for a way to escape. The show’s executives are constantly watching his every move. It’s a good thing Trevor has a guardian angel from within the company itself.

The low poly models are what sold me on this game. Coupled with the lighting, this is one game that’s worth looking out for.

During the IGN Expo, Humble Games announced a date for the Early Access release for Coral Island. The highly anticipated farming sim brings all the activities one can expect from a farming game while forging relationships with a vibrant community of more than 50 people.

A re-reveal of a previously announced game, Routine is a sci-fi horror game where a rogue AI has taken everything over and you are trying to stop it. I have gotta say, the visuals are quite scary. There’s this Blair Witch project kind of vibe to it… but with killer robots. Between this, Dead Space Remake, and The Callisto Protocol, we are pretty much full on sci-fi horror games.

Finally! After a very long wait, Aliens Fireteam Elite got new content that wasn’t just a new gun or another class. Players can look forward to a new enemy type, a new campaign, and a new final boss. The DLC will be available later in the year at the tail end of August.

‘… Totally not Starcraft…’ this was the persistent thought that ran through my mind as I was watching the Stormgate reveal trailer. Granted, most of these folks are former Blizzard… but COME ON! Doesn’t this all look just a little bit familiar? No? Just me, I guess.

There is plenty of reason to look forward to the next iteration of E-sports. And even more so since the people behind this game created some of the most iconic franchises in gaming history.

There was one thing better than the reveal of Casey Jones as a playable character in Teenage Mutant Ninja Turtles Shredder’s Revenge, and that was the reveal of 6-player co-op. Oh, what kinds of trouble Master Splinter, April O’Neil, the Turtles, and now Casey Jones will find themselves in? With 6 characters populating the screen, I’d wager we’ll see A LOT of foot clan soldiers on-screen.

We all know it was going to be gory. We all knew it was going to be brutal. And It was still horrifying this gameplay reveal for The Callisto Protocol. The former Dead Space creators haven’t lost their touch in the slightest. Expect plenty more in the following months leading up to the game’s release this December.

The Lord of the Rings Return to Moria

If someone told me earlier that there was going to be a new Lord of the Rings game being announced in the Epic Games Summer Showcase, I’d have gone out of my way to watch the entirety of the Epic Games event. Heck, I’d have made second breakfast out of pure joy.

The Lord of the Rings Return to Moria is the first survival crafting game set in the Fourth Age. Players can expect a procedurally generated Kingdom of Moria, meaning that no two playthroughs will be alike. And being a survival game, there’s going to be base building and crafting. There’s plenty to look forward to when this game launches in Spring 2023.

Whoever came with the idea for the Goat Simulator 3 announcement trailer should be given a raise. Not only were we blindsided by it, it came at the expense of many fans who mistook it as a sign that Dead Island 2 was anything but canceled. (It might as well be at this point.)

But yeah, Goat Simulator is going to have multiplayer from the get-go and we have every reason to question numbering conventions cause we are not letting this go for the fact that GOAT Simulator 3 was so epic, it buried 2 and left nothing behind.

I can confidently say that we have thoroughly washed our hands of that mess that was once known as Aliens: Colonial Marines. And though it’s pretty much fine so far, we hadn’t had any major disasters yet. Here’s hoping Aliens Dark Descent continues that trend and delivers an experience that does right by the iconic horror franchise. The trailer did an excellent job at setting up the pieces, all that’s is for the game to knock out it once it releases in 2023.

The Witchfire trailer showed us everything we wanted to see from Summer Games Fest, we got gameplay, gameplay, and even more gameplay. Witchfire is proof that magic and guns are still a winning combination in 2022. It was well worth the wait.

We here want to see more magic bell ringing and more varied combat. And because of that, Witchfire earned its place as the top announcement for Summer Game Fest 2022.

And that’s it for our list of top 10 Summer Game Fest 2022 announcements so far. We might have another list covering announcements that happened on the weekend of Summer Games Fest 2022. You’ll just have to stay tuned and find out.