Here's our recap of all announcements and trailers! 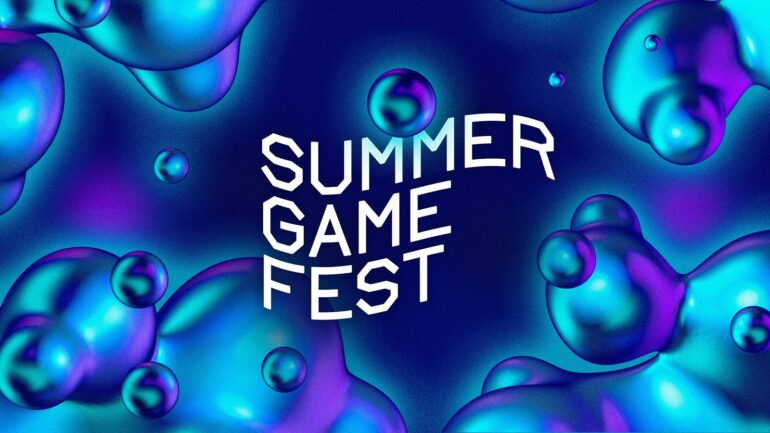 Summer Game Fest 2022 main livestream, hosted by Geoff Keighley, has recently concluded on Thursday, June 9, 2022 and it showed off a lot of game announcements, trailers, and some surprises.

A new Street Fighter 6 trailer featuring the American hero, Guile. It showcases his new movesets including his new ultimate move that packs a punch (and kick).

Aliens: Dark Descent is the newest third-person action game from Tindalos Interactive. The cinematic trailer features a small team of Colonial Marines trying to survive an attack from the menacing Xenomorphs and ends with one survivor but then again, already surrounded. First announced at Summer Game Fest 2022 and will be released in 2023.

CEO Glen Schofield takes the stage to showcase the newest trailer and gameplay clip of The Callisto Protocol and thanked Geoff Keighley for hosting the Summer Game Fest this year. Check out these two videos and remember to prepare yourself on watching the gameplay video. You might not want to eat hamburgers for a while.

The popular classic has come back with a modern sequel Flashback 2 after years since the original game. Made by Microids Studio Lyon. It will launch in Winter 2022.

Witchfire trailer shows a protagonist who seems to have a magical and holy revolver and has magical abilities fighting against demons. Coming to PC via Epic Games Store with Early Access at a later time.

Industry veterans Troy Baker (The Last of Us) and Roger Clark (Red Dead Redemption 2) have finally teamed up in a new thriller game Fort Solis set on Mars titled Fort Solis. According to the description, space settlers have arrived and colonized Mars but there is something wrong.

Another sci-fi horror game which got another revival after a long while in development. This new trailer of Routine is a “re-reveal” of the game and got showcased on Summer Game Fest 2022. It will be available on PC, Xbox One, Xbox Series X/S, and Game Pass. It’s a game about a world where it seems AI have taken over and you are trying to make things right.

Dwayne “The Rock” Johnson appears on cam to present his upcoming new film Black Adam and reveals a new trailer. Showing on October 21, 2022.

The newest expansion for the game Outriders Worldslayer gets its world premiere trailer at Summer Game Fest 2022.

Frost Giant, a group of ex-Blizzard employees, revealed this upcoming new RTS game Stormgate. The CEO notes that it will not be pay-to-win and no NFTs. Seems to be a bit of a shade to a certain company.

A narrative-driven isometric survival game Highwater, where the world is flooded and depressing. Announced by publisher Rogue Games and developer Demagog.

American Arcadia is a world where everyone’s lives is on television and lives are based on their popularity. If they do not approve of them, better start running. Coming to PC and consoles soon.

The GOAT of Summer Games Fest, Coffee Stain Studios is at it once again with the new sequel Goat Simulator 3. It was so chad that it even threw shade of a very, very “delayed” Dead Island 2 because the trailer had so many similarities with their old trailer way back. It is launching on next-gen consoles and PC only in 2022.

Marvel’s Midnight Suns is the next turn-based game with a mix of XCOM and Marvel. The trailer reveals two new characters and one of them is Spider-Man. Coming this October 7, 2022 for PC and consoles.

In Neon White World, select assassins from hell are selected to slay demons for a chance to ascend into heaven… or are they? Coming to PC and Nintendo Switch on June 16, 2022.

A fast paced beat ’em up game where the protagonist is fighting against criminals and trying to clean up the corruption in the city he lives. Coming to PC and all consoles on August 23, 2022.

Warframe the Duviri Paradox offers new content for the popular free to play game and an exclusive new gameplay reveal will be happening at TennoCon this coming July 16, 2022.

Honkai Star Rail got featured at the Summer Game Fest 2022. It is another title made by the makers of Genshin Impact, a popular free to play game. It offers turn-based fighting gameplay with unique characters with their own abilities. And still no release date.

Zenless Zone Zero is another new title being developed by HoYoVerse, the makers of Genshin Impact. It is a fast-paced action style game with the visuals of Genshin Impact pumped into high gear and in modern day.

The new Teenage Mutant Ninja Turtles: Shredder’s Revenge trailer revealed a new character joining the team, Casey Jones. He fights together with the rest of the turtles, Splinter, and April O’ Neil.

Bandai Namco’s newest JRPG, One Piece Odyssey, is based on the popular One Piece anime and manga. The newest trailer shown at Summer Game Fest 2022 reveals how the StrawHat Pirates ended up in that mysterious island.

Metal: Hellsinger is a demon-shooter video game with a twist: you get to fight to the beat of an awesome heavy metal song in the background. Demo is now available on all platforms and will be launching on September 15, 2022.

SuperMassive Games is at it again with their latest game The Quarry as it debuts today on PC and consoles. New trailer shows how crazy villains are in this game and the gruesome deaths the victims experience.

Saints Row gets another new trailer and this time it focuses on the new app that would allow players to design their characters right now. The Saints Row Boss Factory is now available to download on all platforms.

Revealed way back on last year’s The Game Awards, Nightingale is developed by Inflexion Games and is a first-person fantasy survival game with a card system that could change the elements in the world.

Warhammer 40,000: Darktide is the follow up of Vermentide series and offers better four player coop action, bloody combat, and more. Launches on September 13, 2022 for PC and exclusively on Xbox consoles.

After Bloober Team teased this yesterday, it has now been confirmed. Instead of Layers of Fear 3, it is now officially named Layers of Fears and will be available on PS5, Xbox Series X/S, and PC this coming early 2023.

The newest Gotham Knights trailer focuses on one character only, Nightwing. He fights crime in a Gotham City without its main hero, Batman. The trailer also shows his various costumes, weapons, and martial arts.

After getting leaked earlier, The Last of Us Part 1 finally got confirmed today with a new trailer. It will launch on September 2, 2022 on PS5 and later on PC. Neil Druckmann was there on stage and revealed some juicy details on the much-rumored upcoming multiplayer, HBO’s The Last of Us series, and a surprise reveal of two voice actors from the game.

And that’s it for Summer Game Fest 2022 main event. More events are going to be held later on like the Xbox and Bethesda Games Showcase and more.