All Vampire The Masquerade Bloodhunt Clans and Clan Powers Explained

Now with 4 different clans and featuring a tank archetype! 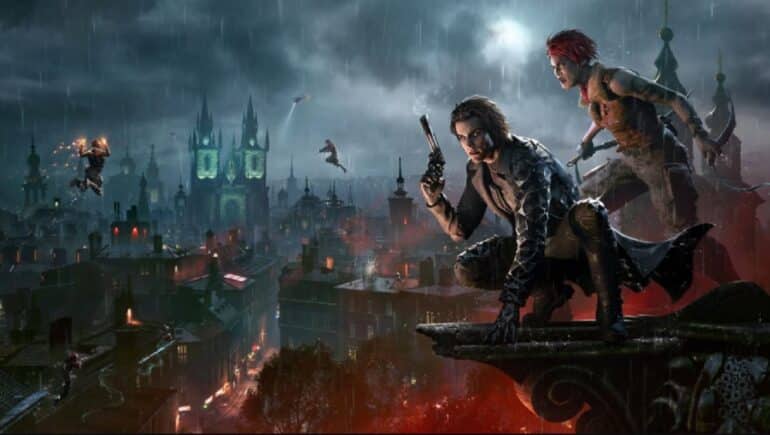 While there were just three Bloodhunt clans in game’salpha version, there are now four distinct Bloodhunt clans to choose from in which each have unique powers that greatly affect the gameplay style.

Each Bloodhunt clan has its own distinct archetypes. An individual archetype power, passive power and a clan power are shared by all archetypes.

Brute and Vandal are the two Archetypes in the Brujah clan. Powers of the Brujah are closely linked to their aggressive and fiery nature. These archetypes are all about direct confrontation, and the unique power of their clan makes them ideal for initiating an attack. They are able to make powerful leaps thanks to their clan power. Bloodhunt’s current map includes a lot of verticality, making it easy for Brujah players to enter and leave fights using this skill.

Saboteur and Prowler are the two Archetypes in the Nosferatu clan. The Nosferatu family prefers to keep their identity a secret. For a brief period of time, members of this monstrous Vampire clan can vanish. Only the Prowler can see a crimson trail in the air that leads to other players who have been harmed by the Prowler’s passive. Bats that can scout an area and report the location of nearby foes are created by their Archetype power. Saboteur’s passive ability allows them to become semi-invisible after crouching, while their Archetype power allows them to produce a poison gas mine that does damage over time.

Muse and Siren are the two Archetypes in the Toreador clan. Their clan power allows them to project an illusionary image ahead of them, which they can execute a short-range teleportation to or utilize as a feint. In addition to recharging their active cooldowns, the Muse’s passive power also works as a healing regeneration aura that heals the Muse and any close allies. The passive talent of the Sirens allows them to captivate other mortals on the area, making it easier to feed on them and maybe avoiding penalties for breaking the Masquerade while they are around. They have a class ability that can momentarily incapacitate their enemies, rendering them powerless.

Enforcer is the only Archetype currently accessible to the Ventrue Clan. By sabotaging their opponents’ abilities, enforcers take control of the battlefield. The clan power of Ventrue deals moderate damage and temporarily silences enemies. No vampire abilities can be used in exchange for this. Enemies’ pace is slowed by Subjugating Presence, giving the Enforcer the upper hand. As a result of these powers, the Enforcer is well-positioned to take advantage of any opportunities that arise.

Here’s a video by Oborrok on Vampire: The Masquerade Bloodhunt – 10 TIPS YOU NEED TO KNOW BEFORE PLAYING: