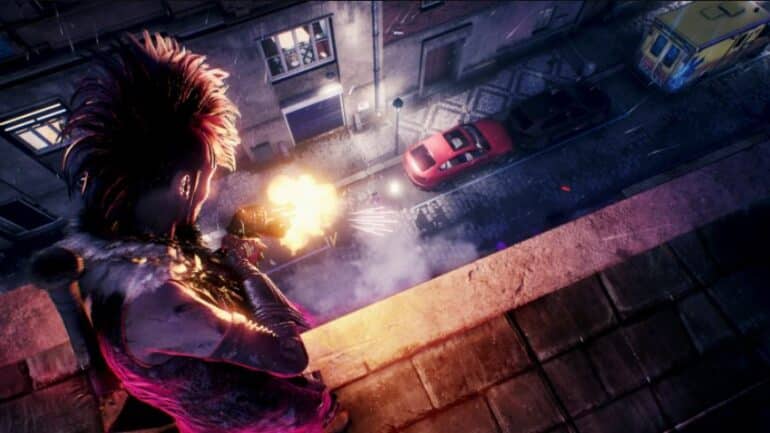 With the official release of Vampire: The Masquerade Bloodhunt, we now have seven different Archetypes to choose from. As a result, thousands of players are scrambling to figure out how to win as many games as possible.

We’ve listed the best to the worst characters in this Bloodhunt Archetype Tier List. Each archetype has its own unique powers, so make sure to check out our complete guide for all 7 Vampire Archetypes in Vampire The Masquerade: Bloodhunt and their abilities so you can learn how to play in a way that best complements your chosen Archetype. Use the best Archetype in your matches and you’re more likely to win a fight if your vampire is stronger!

In every way, the Brute is a terrific character. Because of their Soaring Leap movement talent, Brujah clan archetypes are the finest rooftop explorers in the entire game. Vandal, on the other hand, is just about as good as the Brute, but the Brute’s Shockwave Punch can tilt the balances of any combat when utilized effectively. For getting up and personal with your prey while staying out of harm’s way, use the Shockwave and stay close behind your target until you can safely engage melee combat.

Top it off with the Brute’s True Grit passive heal, which restores half of their health after only a few seconds out of combat, you have an archetype that excels at getting out of sticky situations.

The Siren is a perfect pick for any playstyle, while they excel in mid-range combat thanks to a couple of powerful skills that make them particularly useful. During a gunfight or during an epic escape, you can send out a projection ahead of time that can be dashed to as a useful mobility tool. Unlike the first, Blinding Beauty’s ability to temporarily blind your opponents makes them easy prey in one-on-one battles.

In and of itself, the Siren’s passive Kindred Charm makes it easier for them to feed on humans. If you’re a Siren and you’re focused on the game, this means you’ll be able to build up passive perks in no time.

The Vandal, like its Brujah clanmate, the Brute, has a very aggressive skill set. Soaring Leap and Earth Shock enables the Vandal to travel across large distances in a matter of seconds. The forward velocity provided by both jumps makes these abilities significantly superior to the other movement skills in the game when it comes to scaling rooftops. Of course, aiming can be a bit of a challenge, and Each Shock isn’t particularly powerful, but when combined, the Vandal is a master of mobility.

Vandal’s Adrenaline Rush passive gives damage resistance when in close proximity to enemies as well as a huge indicator in the bottom-centre of your screen to indicate when this ability is activated. This means that you’ll always be aware of the presence of your enemies. No one benefits from this when fighting at medium or long range, but it provides the Vandal an extra weapon to work with.

With the Prowler, individuals who like to focus just on pursuit can get a truly immersive Bloodhunt experience. This is where we see the Nosferatu archetype, and with excellent purpose! Injuries and chases are their specialty, and they’re hard to get rid of.

Shooting out bats plainly labels adjacent enemies for quite some time, so that’s all it comes down to. In addition, you have a passive that leaves a trail of blood on severely injured adversaries, which points you directly to near-death enemies. A powerful sniper is ideal for engaging in combat, and then use your other skill that grants temporary invisibility in order to narrow the gap.

In the end, the Enforcer is an oddball. There is little doubt that they are a close-range archetype, but they fall short of the Brute or Vandal in terms of power. As long as you don’t start attacking and you don’t use your active powers, you’ll be invincible for a short period of time.

They also have a decent passive that slows surrounding enemies and alerts you if someone crosses your boundary. Again, this isn’t a problem at all. The Enforcer’s ranking reflects not so much its own strengths as it does how well it compares to other close-ranged choices. This is an excellent option you should not hesitate to make.

The Muse is one of my favorite character classes to play because of the high skill cap of the Projection/Dash power, which you can use to fool enemies and effectively escape bad situations with some forward prepping; and the sometimes-game-changing Final Act passive, which gives you the use of your abilities even while downed. Members of the Toreador Clan are powerful, but it’s difficult to win games with them unless you have a good strategy in place.

The Rejuvenating Voice skill of the Muse, a channeling spell that heals the user and any nearby allies over time, makes it the Bloodhunt healer type. However , the abundance of healing items in Bloodhunt makes this ability less useful than you might imagine. Still, this is a strong and underappreciated archetype, especially in team games.

When it comes to combat, stealth and trap-laying, the Saboteur is the character to emulate. You may become  invisible for a short period in addition to the Prowler’s brief stealth abilities. Combined with a Sewer Bomb, you may sit back and wait for unfortunate players to venture into your domain and detonate the bomb when they approach.

But there’s a catch. It’s difficult to understand how the Saboteur power can excel in Bloodhunt given how vertical the game is and how agile the players are. Assume you discover something extremely precious, such as a golden chest containing fantastic goodies. You detonate a bomb and then move in stealthily to avoid detection. The better the weapons within, the more chance you have of surviving if someone tries to loot it.

Perhaps the Saboteur will find its niche in the future. As things are, it’s hard to envision it outperforming other archetypes.

And that’s our take on the Best Vampire Archetypes in Bloodhunt. This will offer you a good sense of which Archetype to focus on and which ones to steer clear of. Improve your game by taking use of the knowledge you’ve gained here!