Here are the best Pulse Rifles in Season 19 PvP 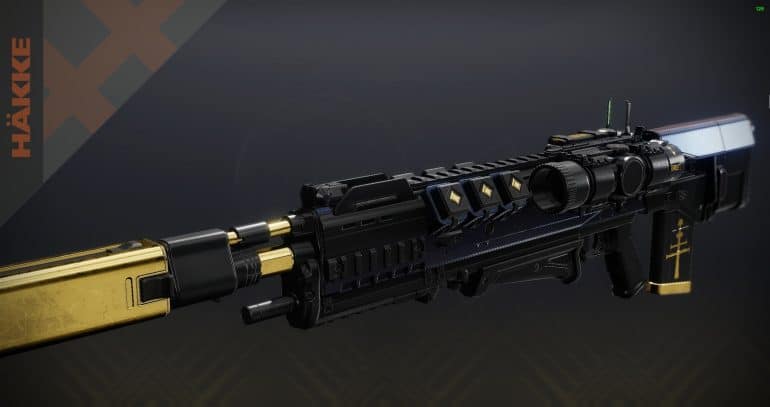 There’s no denying that the best pulse rifles are rapidly dictating the meta in Destiny 2 right now (December 2022 – January 2023). Historically, pulse rifles have only been good in long-range engagements along long corridors. But since Titan barriers are everywhere PvP, shooting behind cover is more popular than ever.

Between mainstays like No Time to Explain and the growing threat of Revision Zero, pulse rifles appear to be taking over the charts.

Here’s the list of the 12 Best Pulse Rifles in Destiny 2 competitive PvP, according to Destiny Tracker. Oddly enough, we are in agreement with practically all of these choices. But maybe push up Vigilance Wing a bit higher. Top 5, perhaps. (Bias is showing.)

Let’s start this list with a rifle that’s seeing a 0.258% usage in PvP, the Horror’s Least (Adept) pulse rifle is actually one of the best all-around pulse rifles in the game right now. But after seeing the other guns in number 11 and onwards, you can sort of see why it’s at the bottom of this list. It’s a very good jack-of-all-trades, master of none that just happens to come with an Adept version.

Maybe it’s just people really liking how it sounds whenever you secure a kill. In any case, with Destiny’s plans to shift over to SIVA content in the future, you may want to have this gun and its catalyst ready. It’s still an S-tier pulse rifle though.

The OG weapon guardians used to bring out when their team “underperforms”, Vigilance Wing is a weapon that does its best work when you’re the last guardian standing in your fireteam. It still holds true today but saying that you need your teammates to die in order for it to perform doesn’t do it justice.

All in all, it’s still a solid weapon in Destiny 2 and one of the best pulse rifles to have in a bind. Admittedly, it could use another buff or two to shake it free from the mid-tier.

Veles-X is the perfect complement for any Void 3.0 build this season. Its main drawback is that it relies too much on Repulsor Brace to even be really good. Without it, it is subpar at best. Kill clip helps but it is just outclassed by more versatile pulse rifles.

Disparity’s usage has gone up considerably after a flood of Titan barricades hit competitive PvP. It’s a Hakke weapon that does considerable damage against barriers, and when paired with the anti-barrier mod this season (season 19), you have a weapon that’s very good at destroying barriers with two-three pulls of a trigger. It’s not bad as a dueling weapon either.

The Sycopation-53 has been a pretty good weapon to have for all sorts of activities. In PvE, it can roll with Outlaw and Headstone. When it comes to PvP, a roll with Moving Target and Headseeker makes this SUROS Synergy pulse rifle a deadly weapon in the right hands.

Bur best of all, you don’t even need to take on end-game content to get it, it’s a world drop weapon that can appear from almost any event.

The only reason we can think of as to why Stay Frosty is this high on the list is that it’s part of the Destiny 2 Dawning 2022 event. It’s got some pretty good PvP perks, we’d give it that. But we fully expect this gun to completely fall off soon after the event concludes.

If there’s anything that can keep Stay Frosty on this list, it will be cause it’s one of the few lightweight pulse rifles that have good PvP rolls. So who knows? It might just stay in the top 10 for longer.

Piece of Mind didn’t make the list because of its frame or what it brings to the table, it made the list because it allows for an aggressive playstyle at medium ranges. It’s not the best with its 0.8-second TTK (time to kill) but once you have that Land Tank Origin Trait active, you can win a few more duels where you would have died otherwise.

Two things work to the benefit of The Messenger in PvP. One – it’s a high-impact frame pulse rifle that’s been recently given a movement buff. And two – it’s an Adept weapon that comes with better stats and perks overall. It’s a very safe bet for players who are already very good in PvP.

If you already haven’t figured it out by now, the BxR-55 Battler is Halo’s OG battle rifle. Bungie brought an homage to the gun to Destiny 2 as part of their 30th Anniversary Pack.

In PvP, this weapon is one of the most solid weapons to have in ranged fights. Firstly, the zoom of this weapon is just incredible and the recoil is almost non-existent. Secondly, hip-firing this weapon actually boosts its stats and that’s because of its intrinsic trait. Couple that with the right traits and you’re set for the match. It can duel in ranges that other pulse rifles cannot.

The first upgrade for Revision Zero has just become available this week, and its popularity has skyrocketed. We knew that this Exotic Pulse was going to be really good. We had no idea though it was to be this good in PvP. Goodness knows what’s going to happen in the meta once the third and fourth upgrades are released.

Take our advice, and go for the more reliable 4-burst mode. But if you’re comfortable with the two-burst, then that’s fine too.

No Time to Explain

Ever since update 6.3.0, No Time to Explain has turned from a solid PvP option to an essential gun in the meta and that’s because of two things: the new Full Auto setting and the change to High-Impact frame pulse rifles. Bungie replaced the full auto mod on the gun for Feeding Frenzy. Meaning now we have a weapon with Feeding Frenzy that no longer has a movement penalty and has a TTK (time to kill) of .67 seconds. With a portal that almost guarantees body shots.

And some people wonder why it’s the best pulse rifle in PvP, currently.

And that’s it for our list of the best pulse rifles in Destiny 2. If you’re wondering why there isn’t one in PvE, it’s just the same list with a couple of swaps here and there with different mods equipped. No Time to Explain isn’t even in the top 5 for PvE, that’s how much the players want to switch off it after a PvP match.

Check out our other guides related to this article:

Check out this video from YouTuber Aztecross where he talks about the recent changes that work in the favor of Vigilance Wing.