A guide on how to defeat the Taken Interference in Destiny 2. 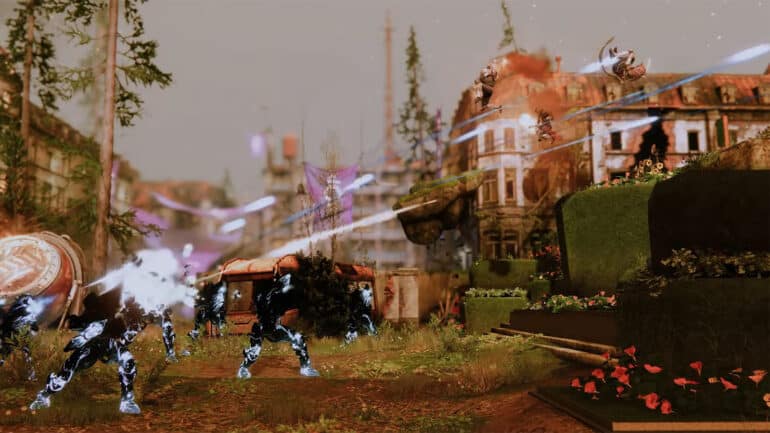 During the Bonfire Bash runs, players will have to deal with the Taken Interference which will prevent them from piling the bonfire and stoking the flames. Defeating these Taken enemies as soon as possible is important as there’s only a limited amount of time before the boss spawns in and ruins the entire celebration.

How to defeat the Taken Interference

Upon entering the EAZ, your first encounter will be against the initial Taken horde. During this encounter, your bonfire will be inaccessible due to the Taken Interference that has surrounded it. In this instance, it is a huge black orb that emits a forcefield around it. Dealing damage to it will make it dissipate, freeing up your bonfire spot.

On both of the next encounters, you will have to clear out specific targets before you can proceed with stoking the bonfire’s flames. This is because all of the enemies during an interference will become Taken and no Ignition Carriers will spawn until the Taken are defeated.

You will have three Taken Interference targets to eliminate before you can proceed on collecting Igniters, and they will all be marked so their positions can be easily seen. It can either be two Taken Wizards or two Taken Centurions, and they’re always accompanied by a black orb. The Taken Wizards have shields that are susceptible to Void damage, while the Centurions have shields susceptible to Arc damage.

Once all of these three targets have been defeated during an encounter, the Ignition Carriers will start spawning again. There’s no need to defeat the other Taken mobs to clear the Taken Interference. Also, pay attention to the Taken targets’ markers as some of them, like the Taken Wizard, can spawn high up in the buildings surrounding the map.

Torch the Taken is one of the event challenges for this Solstice event which requires players to defeat 20 Taken in the Bonfire Bash activity. The description for this challenge is a bit vague and has caused some confusion among some players, but to clarify, only player-eliminated Taken Wizards and/or Taken Centurions will count towards this target; boss takedowns and other Taken mob eliminations do not count.

Check out this video by Esoterickk showing how to clear the Bonfire Bash and deal with the Taken Interference: