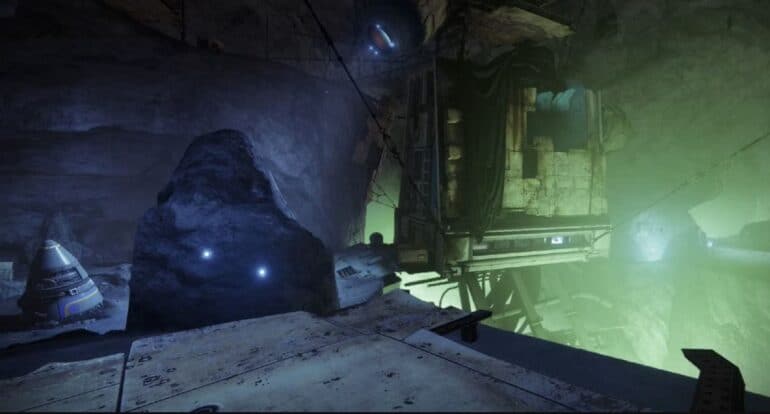 Destiny 2 is one of the best an action MMO with a single evolving world that players and their friends can join anytime, anywhere and absolutely free. Its has won multiple awards since its release on 2017. The content of the game is so vast that it has expanded into not only on exploration but also in challenges and missions that can found through DLCs.

In Destiny 2, there are different SECTORS to explore and some of which are hard to complete. One of them being the K-1 Quarter. As such, here’s a complete guide on how to survive and complete the K1 Crew Quarters and note, that a ton of preparation is needed to do so.

K1 Crew Quarters is a Lost Sector that pops up out of nowhere on Hellmouth, the Moon as a Master & Legend Difficulty. To face these odds, players must find out what to expect in this area. Legend Lost S

Bringing the right tools and equipment are needed to break enemy shields as Extra Shields and Match Game are active in this area. There a ton of solar shields found in this Lost Sector. Using a solar primary will do the job. Note also, that there is a Hot Knife modifier so Shanks will have solar shields that makes your weapon of choice simple and good looking. The burn is ARC, in this case, pairing solar primaries with a powerful arc heavy can help smite incoming enemies better.

K1 Crew Quarters may look easy at first but its extremely hard as there are Fallen. There will be mostly Dregs and Vandals teaming up with shielded Shanks. It is recommended to keep distance from tougher enemies. Exploder Shanks are also found in this map and can easily get players caught off guard by doing sneak attacks from hidden corners & behind rubbles. Taking them all out first is a must before going through the next area. Weapons recommended to deal with them are ranged weapons especially an arc linear fusion rifle. (my personal choice.)

How Many Champions are in K1 Crew Quarters?

At first they seem easy to beat but they are very annoying with their set of skills. The Barrier Champions are Servitors and they always buff defensively and shield their allies making them immune from incoming attacks. It is recommended to beat them using Anti- Barrier rounds from the Seasonal Artifact to penetrate its barrier and stagger them briefly in order to aim at their weak spot.

The Overlord Champions are Captains that will make use of a hit and run teleportation tactic to pressure enemies. They will continue to use this strategy so its highly recommended to take them out first using heavy-fire type weapons first.

The boss of the K1 Crew Quarters Sector is a heavy Shank called the Nightmare of Reyiks, Actuator. This heavy Shank is very noticeable as it is heavily guarded with a group of other Shanks. Reyiks is highly durable and uses a solar energy shield. It is highly recommended to use heavy weaponry to quickly break the shield and defeat him. However, the more health Reyiks loses, Nightmare Dregs will spawn and more reinforcements will be deployed.

We recommend that you cover yourself with the ramp heading up to the platform where the boss is located. You should stay back and focus on taking down the smaller foes before moving in to deal damage to the boss. In this situation, a high-precision arc weapon is excellent since Heavy Shanks are easy to strike with critical hits. With a well-placed grenade or AOE ability, you can take care of the Wretches without having to move. The K1 Crew Quarters Lost Sector may be completed in a matter of minutes if you keep your distance and aim at the boss.

If you like this Guide, be sure to check out our other Destiny 2 articles here: