A guide on how to complete The Leviathan Returns quest in Destiny 2. 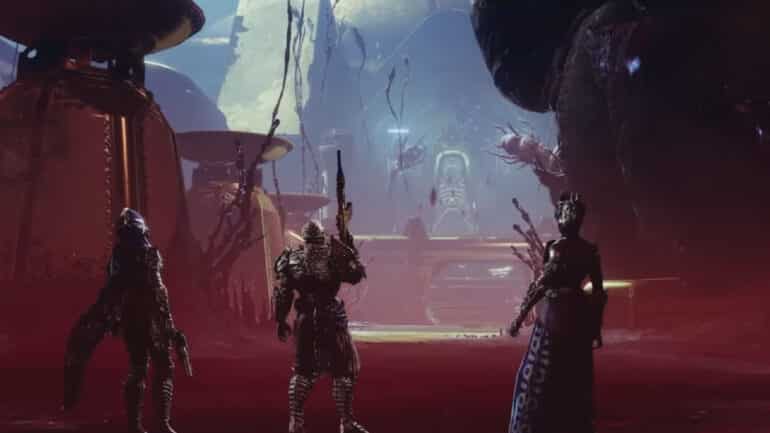 Destiny 2 The Leviathan Returns is one of the main missions that Guardians can do in Season of the Haunted. After its abrupt and mysterious disappearance a couple of years ago, the Leviathan suddenly returns, but in a more dilapidated and infested state. Guardians are sent to investigate the ship once more to learn about the motives of its return.

In this guide, we will be talking about The Leviathan Returns quest and how to complete it.

How to unlock The Leviathan Returns quest

To unlock The Leviathan Returns quest, you must first complete the Operation: Midas mission which starts off as you log into the game during the Season of the Haunted. Once Operation: Midas is done, you will be sent to the H.E.L.M. where the Crown of Sorrow is contained. Interact with the Crown of Sorrow to obtain the Nightmare Harvester and The Leviathan Returns quest.

How to complete The Leviathan Returns quest

Completing both of these two objectives will complete the entire quest and grant you its rewards.

To complete this objective, you must head into the Castellum located at the Moon and join the Nightmare Containment event. You are given the choice of either picking Castellum or Containment. Both options are not tied to the difficulty, but rather if you want to go in solo or with your fireteam, respectively. Joining the event will boost your gear level to 1570 if your gear level is below that.

It’s recommended to join the event that is still on its first tier. You can spawn into the event on its latter tiers and still earn some progress towards your objective, but you will have to do another Nightmare Containment to fulfill your objective and complete it.

Once someone puts down the Nightmare Harvester, Tier I will start. With a 5-minute timer starting, enemies will start spawning into the area, including ones called the Dread Bearers. You will have to defeat these Dread Bearers for them to drop Cores of Dread. Bind these cores by depositing them over at the Nightmare Harvester. Upon depositing enough cores, you can also pick up relics which are scythes that deal massive damage, so use them wisely.

Once enough cores have been bound, two Egregore Atavists will spawn. You will have to defeat these Atavists by going into their shields and dealing melee damage to them. Once they are defeated, more Dread Bearers will spawn. Continue binding the cores that they drop to the Nightmare Harvester.

Once this wave is dealt with and enough cores have been deposited, the Nightmare Boss will spawn. Use the relics against him until he reaches 50% health, during which he will become immune. Find the Resonant Splinters or the black artifacts that will spawn hovering in the air to destroy his immunity and then continue dealing damage. Once he has been defeated, a heavy ammo crate will drop as the timer counts down to the next tier.

Head towards the next marker and place down the Nightmare Harvester. This tier is similar to Tier I. The only difference is that there will be four Egregore Atavists to be defeated, and the Nightmare boss will spawn four Resonant Splinters for its immunity. After this wave, another crate of heavy ammo will appear.

For this tier, once the Nightmare Harvester has been planted down, the final boss Nightmare of Elkynis, The Machinist will appear. After taking out a third of the boss’ health, it will gain an immunity shield and spawn two shielded emissaries. You will have to destroy six Resonant Splinters to remove the emissaries’ shields, then eliminate the two emissaries to remove the boss’ shield.

Repeat this when the boss’ health is down to its last third. Once the boss is defeated, a chest will appear where you can get loot. Throughout the event, you would have also collected Vestiges of Dread, and if you have collected at least 500 of them, you can bind them at the harvester behind the final chest to get more high valued loot and progression points, such as:

Once you have completed all three tiers of the Nightmare Containment event, you will then complete the first objective of The Leviathan Returns quest.

For this objective, you don’t actually have to explore every bit of and section of the Leviathan, but rather you would just need to pick up Petrified Egregore that you can find all across the Leviathan. Picking up a Petrified Egregore will increase your objective completion by 5%, so you will only need to pick up 20 of these. You can simply run around the Castellum and pick them up as they do respawn after a few minutes.

Once you have collected enough Petrified Egregore, you will then complete the second objective of The Leviathan Returns quest.

After completing both objectives of this quest, you will receive these rewards:

Opulent Keys are special keys used to unlock specific chests in the Leviathan. You can only hold one Opulent Key at a time and they can be picked up from these sources:

Inspecting an Opulent Key in the inventory will show a clue that will tell the location of a chest inside the Leviathan. Only that particular chest can be opened with your current key. To know more about this, we have our Destiny 2 How to Get to Pleasure Gardens in Derelict Leviathan guide that you can check out.

Check out this video by Karpo Gaming showing how to complete The Leviathan Returns quest: