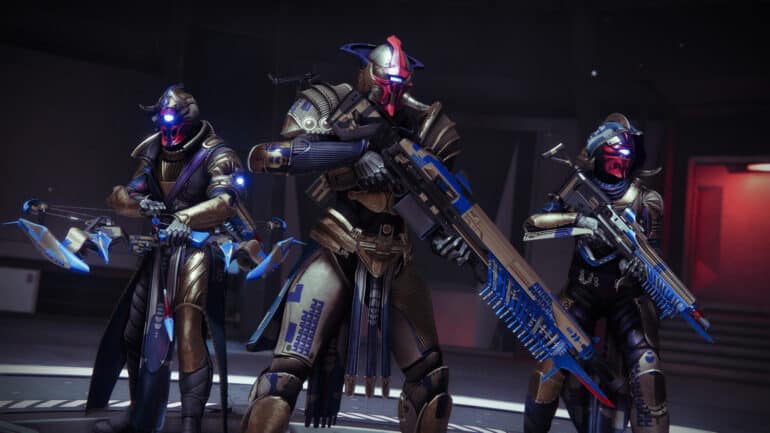 Increasing your power level can be one of the biggest challenges in Destiny 2 and with the release of The Witch Queen expansion that ceiling for power level caps have become even higher. If you’ve been looking for ways to close the gap between you and high power level players, then our guide will teach you how to reach max power level quickly in Destiny 2.

You can quickly increase your power level fast in Destiny 2 The Witch Queen by tackling the new campaign on Legendary difficulty. Finishing the Legendary campaign will give you a new set of gear that is 1520 power along with other rewards.

This new armor set, which you’ll get as a reward for completing The Witch Queen campaign on Legendary, includes eight slots in total, one piece of armor and one weapon per each slot. This will replace every character slot and instantly boost you to 1520 Power Level. This immediately bypasses the Powerful Cap. Acquiring this armor set is the fastest way to get a good head start on increasing your power level fast in this new expansion.

Each player starts at 1350 for The Witch Queen expansion since Bungie levels everyone’s power level once a new season starts. For the current Season of The Risen, there are three power caps which set the power level ceiling even higher.

The real challenge starts once you’ve hit Power Level 1550 in which only Pinnacle rewards can push you past that threshold. By this point, you’ll have to focus on activities that grant Pinnacle rewards. Like Powerful gear, these can only be claimed once per week.

Tips on Completing The Witch Queen Campaign on Legendary

Tackling The Witch Queen main campaign on legendary is no easy task. The missions have become more difficult and you’re likely to just get frustrated if you tackle them as a beginner at 1350.

How Do Power Levels Work in Destiny 2?

Each new season introduces new power caps. You’ll earn Power Levels based on your gear and how you earn them. With every season, the power cap is increased.

How to Increase Power Levels of Your Gear in Destiny 2

You can fuse your old gear with new ones in order to increase the Power Level of your gear in Destiny 2. This will increase their power level and you’ll be able to participate in more difficult missions in The Witch Queen expansion without having to replace your favorites with new gear.

You may realize this comes at the cost of having to ditch your old gear for new ones. This can be rather difficult when you’ve fallen in love with what you have and don’t want to part with it. The good news is that you don’t have to.

This doesn’t mean that you can infuse your current gear with any new items. You’ll have to purchase find gears in the same category as the old gear you want to keep. You’re also going to need an Upgrade Module to this which you can find by looking for it out in the fields, opening treasure chests, or buying them from Banshee-44.

Check out this levelling guide from KackisHD for Destiny 2 The Witch Queen expansion.

We have more Destiny 2 content for you to check out: