Elden Ring The Colosseum DLC: Everything You Need To Know

Are you prepared to test your strength against the other Tarnished? 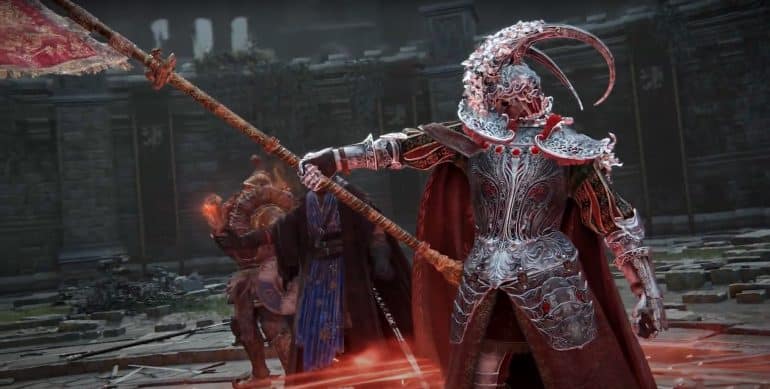 The Colosseum DLC is a new way to satisfy your thirst for dueling other players in Elden Ring. While PVP is not a new feature, it was always sort of chaotic with players being able to ambush you leading to unfair one-sided battles. This new DLC that was just added in the 1.08 update gives everyone an even ground to duke it out.

Let’s talk about everything you need to know about Elden Ring The Colosseum DLC.

How to get into The Colosseum in Elden Ring?

You simply have to walk up to the entrance of any of the Colosseums in Elden Ring and then push the large gates open. Then interact with the large Statue of Marika to setup parameters before entering a match. After you’ve done so for the first time, you can now quickly enter any Colosseum by accessing the Roundtable Hold by using the Marika Effigy.

It’s important to note that there are three different Colosseums in Elden Ring. Each of them are located in a different area and offer different modes of PVP. So if you’re looking for a specific PVP mode you’ll have to first find the Colosseum that offers it.

How does Elden Ring Colosseum Work?

The Colosseums are essentially arenas that allow players to battle each other in unique PVP modes without having to wait to be invaded or invading other players. These will match you up against other players either in team based or a free-for-all Tarnished PVP.

There is matchmaking in The Colosseum DLC to ensure fairness. Elden Ring will try to ensure you are matched up against players who are similar to you in power. So don’t worry about being paired up against higher-level players who you have no chance against.

There are three Colosseums in Elden Ring and each of them offer their own different PVP game modes. Here is are the Colosseum locations and their modes:

The easiest Colosseum to access is in Limgrave which is the closest to the start of the game. The closest fast travel point is the Warmaster Shack site of grace where you can simply head north until you’re out of the woods. This Colosseum offers team based fights or free-for-all where multiple players battle each other at once.

The Colosseum of Leyndell, The Capital City offers 1v1 player fights for players seeking to fight against just one opponent. The closest site of grace is the West Capital Rampart where you can just go outside and see the Colosseum by looking to your upper right.

The Colosseum of Caelid offers every game mode available to the other two. However unlike the other two, Spirit Ashes summons are allowed in this Colosseum giving it an extra spice. You’ll have to go down Siofra River Well and make it to the upper levels of the biome to get here. The closest site of grace to the Caelid Colosseum is the Deep Siofra Well where you can head north past the two giant archers.

Check out our Elden Ring Colosseum Locations for a more detailed look on each of the Colosseums mentioned above.

Because of this new PVP aspect, Elden Ring has introduced some balances for The Colosseum DLC. Notably there have been reduction in power when it comes to PVP elements. Although single and cooperative play remain untouched by these balance changes.

For starters, players will deal reduced thrusting weapon counterattacks and will also have reduced guard efficiency for certain weapons. Poise damage has also be nerfed for many weapon types. These balances have been introduced to ensure that the Colosseum DLC is more evenly grounded for all players.

Our Elden Ring Patch Notes V1.08 Released Revealing New Details on PvP for the complete list of balance changes in The Colosseum DLC.

That’s everything you need to know about the Elden Ring The Colosseum DLC. We hope this article was informative. For more on the Elden Ring, you’re already in the right place. Here are some related content we think you’ll be interested in:

Check out this Youtube video from Vallantterio showing how 1v1 works for The Colosseum DLC in Elden Ring.