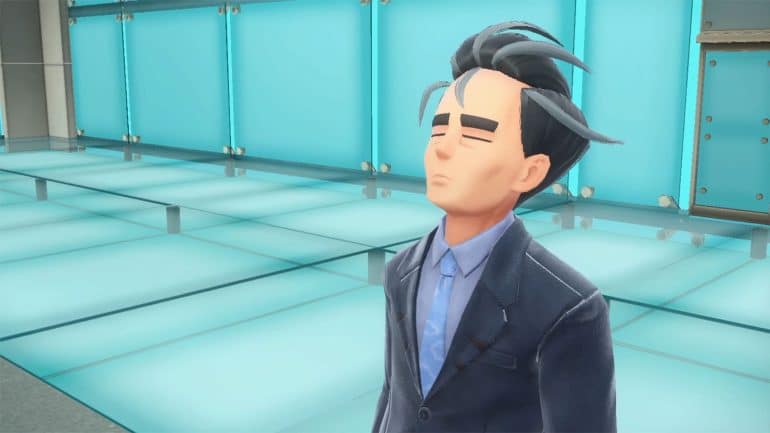 Larry is the third of the Elite Four that players will face in their journey to become the Top Champion of Paldea. Although this will be the second time that players will be battling against Larry, it will be a totally different and a more challenging fight than before.

In this guide, we will talk about Elite Four’s Larry and share some strategies and tips on how to easily win against the fight.

How to prepare for Elite Four Larry

Larry will be using a team that are mainly of the Flying type, unlike the Normal types that he used back in Medali. Aside from Flying, all of the Pokémon in the team are dual-type ones, so expect to be cycling among your team as your ace may not be able to fight all of them through the end.

Larry’s team consists of the following Pokémon with their respective typings and move sets:

Amongst all the types that are strong against Flying-type Pokémon, going for an Ice-type one will be your best bet, especially when dealing with the dual-types. Sadly, we’ll have to wait for the Hisuian Avalugg to be able to cross over to Scarlet and Violet, if it ever comes. But as of now, our best ace for this battle is Cetitan which works well against Tropius and Altaria, plus Cetitan can serve as our team’s tank. Garganacl can also work well, however both can find themselves struggling by the time Flamigo comes out. Other options can be Glalie, Bearctic, or the regular Avalugg.

Speaking of which, Flamigo is Larry’s ace and thus will be the one that will get Terastallized. The attack you should be wary about is Close Combat and Liquidation, especially if you’re using Garganacl. Any other attack should allow you to get an opportunity to recover or do a counter-attack.

Can Larry be challenged again for a re-match?

Among the Elite Four, Larry is the only one that can be challenged for a re-match, but not as an Elite Four member. After completing the league, you can go back to the town Gyms and challenge each of the Gym Leaders for another re-match. Larry will still be using some of his Normal-type Pokémon along with new ones, and expect them to be much stronger than the last time you battled against them in the gym. All Gym Leaders can only be challenged for a re-match once.