How to beat Knight in Sonic Frontiers: Boss Fight Guide 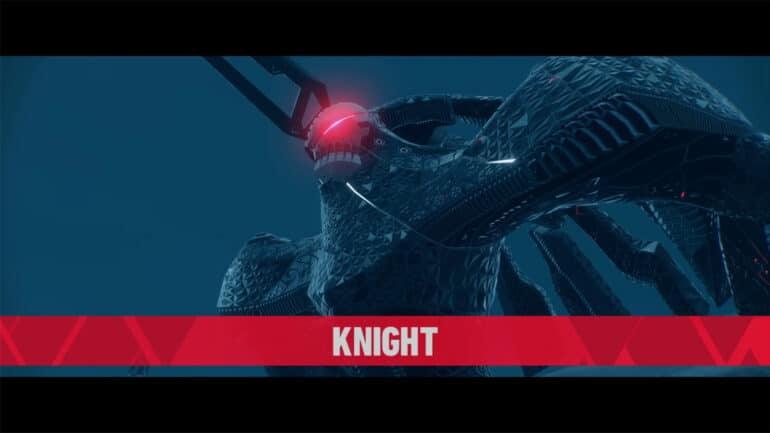 Knight is the third boss that players must face in Sonic Frontiers. It’s a towering humanoid titan that wields a sword and shield and resides in a crater in Chaos Island.

In this guide, we will talk about how to defeat Knight and share some tips and tricks to make the fight as easy as possible.

For the first phase of the fight, you need to make it up Knight’s legs and all the way to its head. It’s not going to be easy as once it moves, its legs leave a wall of spikes that can harm you.

You will have to look out for its Hand Slam. Get to a safe location like under its leg, and then jump on the hand to reach the rails that lead all the way up to its torso. Be careful as the hand also sends out rings of spikes from where it touches the ground. From here on, you can simply climb up to its head and grab the Chaos Emerald. Time to go Super Sonic.

Knight pulls out its whip sword and starts running around in circles within the arena. Staying in focus will be tricky at this point, but try to aim your camera towards it to see if it’s about to attack. Look out for its attacks, such as:

If you manage to ride the shield, you will need to guide it back towards Knight while avoiding the incoming missiles. If it’s successful, it will deal a massive chunk of damage to the boss, plus give you the opening to land more attacks. Land enough hits to be able to do a Grand Slam and topple it down.

Once it’s at half health, the fight proceeds to the next phase.

Knight makes the pylons on its back pop out, though they don’t really get in the way. It will also throw its shield which will then bounce around the walls of the arena. It will do the same attacks as before, but it will be harder to move around because of the shield.

To get an opening, line up with the shield’s path and parry it. You then get to deflect it towards a direction, so try to aim it towards the boss; also try to anticipate where it’s heading as the shield does take time to travel depending on where it is relative to Knight.

Once its health is low enough, it will do a downward sword swing. Prepare for another ring QTE, followed by a button mash. Then enjoy the next cutscene as Super Sonic deals the finishing blow using Knight’s own sword.

Check out this video by YTSunny showing the fight against Knight: