A guide on how to defeat Starscourge Radahn in Elden Ring. 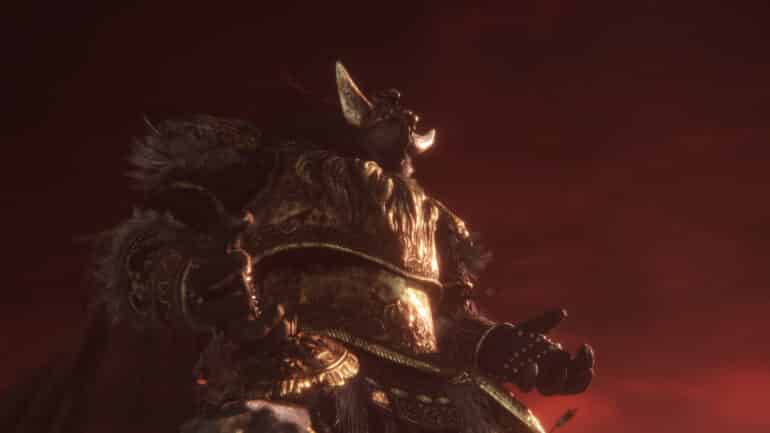 Starscourge Radahn is one of the main bosses in Elden Ring that got hold of a shard of the shattered ring in the game. He wields his two blades and rides his steed throughout the war torn lands.

In this guide, we’ll take a look into Radahn’s attacks and how to prepare for and avoid them, as well as some tips and tricks to easily win over this fight.

Who is Starscourge Radahn?

Radahn was once a great warrior, but he was affected by Malenia’s scarlet rot and is now cursed to wander aimlessly, feeding on corpses, all the while preventing a meteor from falling into Arkesia.

He wields his two blades and is also adept in archery. He also rides a horse that is now too small for his gigantic size, yet it can still carry him around, weaving very quickly throughout the battlefield.

He also seems to have the power over gravity, as he can do an attack that pulls enemies closer to him, and even levitate huge boulders around him. This explains how he was able to hold off a meteor from falling from the sky, and perhaps it’s also the reason how he can still manage to ride his horse without crushing it.

The fight against Radahn happens in the Wailing Dunes. It is a vast desert that has seen the worst from wars. It is littered with corpses of fallen warriors, weapons and other obstacles. The obstacles can be used as cover from some of Radahn’s attacks, but they’re not sturdy enough to last more than a hit.

Radahn’s fight happens in two phases. As soon as you enter the battlefield, Radahn will start shooting arrows at you from a distance. Due to the size of the area, you can ride your house and perform mounted attacks. There are also several summoning signs in the area that you can use to summon allies into the fight.

Radahn will pre-emptively shoot at you with arrows until you close the gap between him. You can take the time to travel to the summoning signs and summon your allies at this point, just be aware of his attacks.

Radahn will fire a single strong arrow that flies at top speeds.

The attack has some noticeable charging time. Dodge at the last second to avoid getting hit.

Radahn will fire a bunch of arrows towards the sky which will then rain down into more arrows. The rain of arrows will start near him, and then crawls and chases you at a fast pace.

As soon as you see him draw his bow towards the sky, ride your mount to get enough speed to run away from the arrow rain. Since the rain will track you, use this to move it away from your allies as they make their way towards Radahn. Keep an eye out on where the arrow rain is at and dodge accordingly.

Radahn draws multiple arrows and fires all of them in one shot towards the player.

The arrows will hit a narrow cone in front of him. Run towards the direction perpendicular to the arrows’ flight path to avoid getting hit.

Radahn will draw his blades once the player is within his melee range. He will then perform several swings with one or both blades in different patterns, depending on where the player is relative to his position. He can also do fast and wide swings by sweeping in a circular area with the help of his horse.

For melee attackers, try to dodge towards him during swing so that you can follow up with attacks as he can chain his combos in quick succession, leaving you no window to attack if you stray too far away. Staying close to him will also limit him from doing his fast and wide sweeps, which can be harder to dodge. Make sure that you have enough FP and FP regain to be able to dodge at least twice.

For ranged attackers, make sure to make use of the summons to divert Radahn’s attention away from you. Even on a steed, his blade slashing combo with the long wind up can be almost impossible to avoid. Continue to reposition behind him to be as safe as possible.

Radahn will clash his blades together, slams them down to the ground, and then swings them upwards with a great amount of force. Afterwards, his blades will be coated with jagged rocks.

Dodge away as soon as you see him clash his blades. The slam and the pull can deal massive damage when you get caught in it. Because of the rocks that coat his blades, his attacks will deal more damage than before.

Radahn will crouch down to charge up, and then release a shockwave that instead pulls everyone towards him. During the second phase, he can follow this up with a shockwave attack once he slams his blades to the ground.

The pull area is massive and can deal a significant amount of damage. Prepare to heal accordingly.

Radahn will wind up both his blades to one side as they charge up. He will then swing them both towards the ground that then releases a surge of electricity that crawls forward.

Depending on which side the blades will be raised, time your dodge properly to avoid the swings and its following surge.

Upon reaching 50% of his health, Radahn will cross his blades up high, slam them down to the ground, and then disappear from the battlefield. You will then have a few seconds to heal up or summon downed allies before Radahn comes crashing down from the sky like a meteor. Keep an eye out on his flight path and avoid his crash site.

Radahn will charge up his blades and slam them towards the ground, which will then summon huge meteorites that will float around and follow him. After a few moments, he will then release the meteorites and fling them towards the player’s direction. The meteorites can hang around for quite some time up until they are launched, all the while Radahn can still do his regular attacks and skills.

The meteorites fly fast, but can still be avoided by running or dodging away from their flight path. When they are launched, they fly away from Radahn for a bit, so make sure you’ve taken all meteorites into account as some of them might take a while to reach you and they can home in on your position.

Radahn will charge up his blades and slam them towards the ground, releasing charged orbs that float for a while before locking in to your position and fly at the player simultaneously.

Because of the easy tell where the orbs float for a bit, they can be easily avoided. As a melee attacker, it can be hard to see that the orbs are up especially if you’re close to Radahn, so make sure to always have your view on Radahn’s blades.

Radahn backs away, swings his blades to their opposite sides and holds the position as he charges towards the player. He will then jump high and crash downwards as he swings his blades open. This also releases a surge upon impact that covers an almost 180-degree area in front of him.

Once you see Radahn charge at you, take a sidestep and run or dodge towards him as soon as he jumps. This way, you will position yourself behind his surge attack as he lands.

Here are additional tips on how you can beat Starscourge Radahn in Elden Ring:

Check out this video by ChronicleJoe which talks about the strategies to defeat Radahn: