How to beat Supreme in Sonic Frontiers: Boss Fight Guide 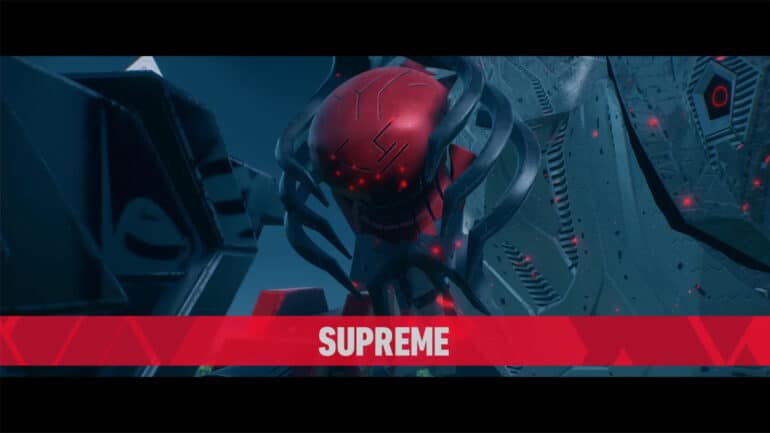 Supreme is the fourth boss that players must face in Sonic Frontiers. It’s a towering humanoid ancient much like Giganto, but it can use turrets and it can shoot a sniper rifle.

In this guide, we will talk about how to defeat Supreme and share some tips and tricks to make the fight as easy as possible.

After getting the last Chaos Emerald from Dr. Eggman, Sonic starts the fight with Super Sonic right away.

Supreme then summons its mini turrets that shoot out diamond projectiles that linger in the area. These diamonds can bump you away, makin it hard to get near the boss. These turrets can be destroyed, but they’ll respawn after a few minutes. Look out for its attacks, such as:

Once the boss has less than half health remaining, the fight proceeds to the next phase.

In this phase, Supreme reveals its energy pylons, but they won’t do much for the fight. The turrets fire slightly faster than before. The Energy Shots are not staggered, which means you will have to parry 4 consecutive times for each pair of incoming shots. Continue parrying attacks as before to be able to get openings for counter-attacks.

As its health goes low, it will make some of its turrets shoot way faster, creating a wall of impassable diamonds. You can still use parry to get through the diamonds and into safe spots where you can get closer to Supreme.

As its final attack, Supreme whips out its sniper rifle and attempts to soot you down. Prepare for a QTE circle to avoid the shot, then you can rush towards the boss to land some more hits until it’s defeated.

Check out this video by Shadiochao showing how to defeat Supreme: