How to beat Wyvern in Sonic Frontiers: Boss Fight Guide 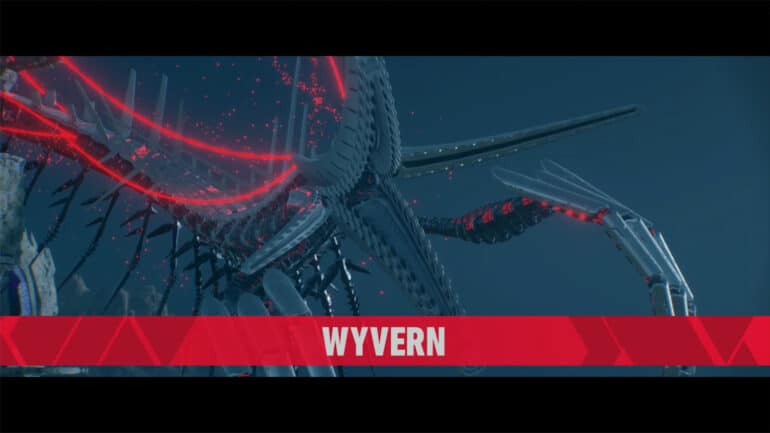 Wyvern is the second boss that players must face in Sonic Frontiers. It is a giant slithering dragon with two large claws and it has the ability to shoot out missiles. It’s the titan the patrols over Ares Island.

In this guide, we will talk about how to defeat Wyvern and share some tips and tricks to make the fight as easy as possible.

Wyvern becomes available to fight once all but one of the Chaos Emeralds have been collected within Ares Island.

To start the fight, you must first climb up the tower where Wyvern is circling around. Once you get to the top platform, wait for the boss to get close and pay attention to the lock on marker that should appear just past its head, then jump towards it. A cutscene will play showing the boss creating tracks from its mouth where you can run on.

As the cutscene ends, make sure to home in on the bars to reach the track. The track has three lanes and can cut off at sections which will only be connected by the bars that you can home in to. Bullets will be fired along its lanes, so you will have to switch lanes as they pass to avoid them. There are also rings that you can collect along the way in case you need to fill up your ring meter.

Eventually, the track will end at the boss’ head where you can grab the final Chaos Emerald and transform into Super Sonic.

As Super Sonic, you can now fly along Wyvern. The boss has a couple of attacks that it can throw your way, such as:

Once you’re close enough to the head, the lock on marker should appear. Time to unleash your attacks. After dealing enough damage and combos, Super Sonic will grab the boss by its tail to swing it around and smash it to the rocks. Once it’s down to half of its health, the boss will transition into its second phase.

Wyvern will then protrude its bars near its head that emit ring pulses that can push you back. There’s enough space for you to fly around the rings so they’re not much of an obstacle to worry about. Concentrate on the attack tells in order to parry them effectively. The boss gains more attacks, such as:

Check out this video by YTSunny showing the fight against Wyvern: