How To Get Gazimon in Digimon Survive 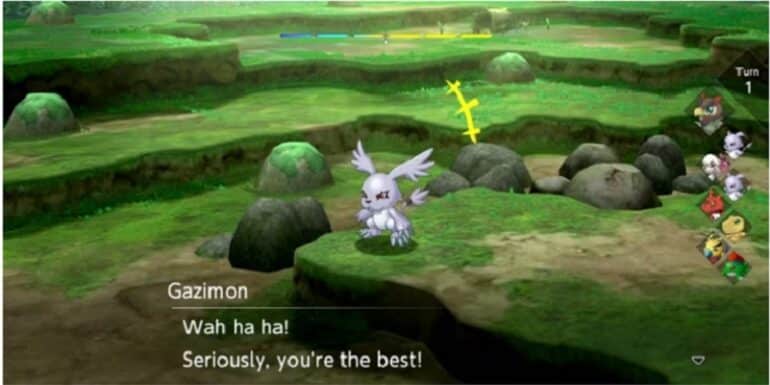 How to Get Gazimon in Digimon Survive?

To get Gazimon in Digimon Survive, you need to befriend them by picking the right options during a conversation with them. Picking the right responses will give points which will lead to the option to recruit Gazimon for your team.

In Digimon Survive, starting a chat with Gazimon will prompt a series of choices, and you can boost your chances of obtaining Gazimon by two points by choosing the best possible response from a set of four.

Here are the questions/statements that Gazimon asks and the best response to them:

Gazimon, incidentally, uses the same seven lines of conversation as Gotsumon, although with somewhat different ideal responses. Player decisions should mirror Gazimon’s morality, as he holds all humans to the same standard of worth.

But here’s the catch: despite appearances, Gazimon actually dislikes human company and is antagonistic toward them. Your friend request has extremely low odds of being accepted.

Where to Find Gazimon in Digimon Survive?

At the start of Chapter 2, Gazimon will be seen as one of the wild Digimons that will appear in the Free Bat area in the game. In addition to Gazimon, players can befriend with Biyomon, Betamon, and Gotsumon there, for a total of four possible Digimon.

You may have to look around a little bit before you encounter a Gazimon though. Your only choices when confronted by an unwanted Digimon are to either flee, finish the fight and defeat it, or be defeated.

For those who want a video guide, watch this video from Youtuber PrimaEspada91 on how to recruit Gazimon: