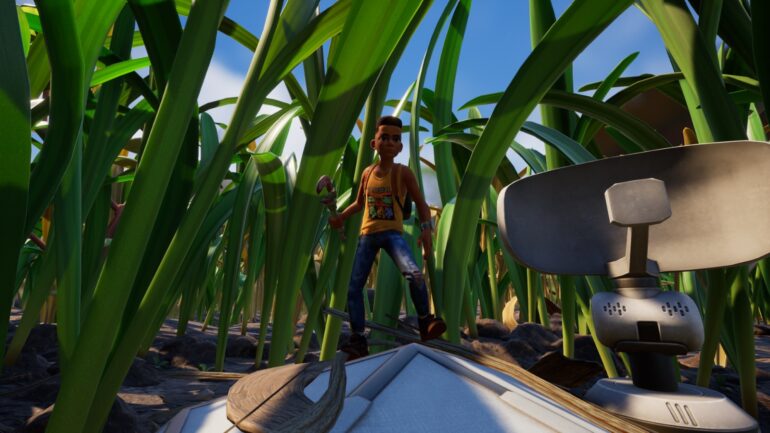 The Repair Tool in Grounded is one of the most important craftable item that you’ll eventually need during your playthrough. Having this on hand is beneficial, especially if you’ve build some stuff and don’t want bugs sneaking around.

The process of getting one is pretty straightforward, but just like in any other game, there are certain prerequisites you must take. If you’re wondering how and where to get it, here’s what you need to do.

How to Get the Repair Tool in Grounded?

First of all, even though the Repair Tool can be crafted, it will not appear in your Crafting menu by default. Instead, you’ll need to obtain Clay first, then analyze it using any Resource Analyzer in your area to obtain the Repair Tool crafting recipe.

Clay can be obtained from digging reddish rocks (requires a Shovel), which can be found around puddles or underwater.

Now, take the Clay to any nearby Resource Analyzer and you’ll eventually unlock the Repair Tool Recipe. Crafting one will require the following materials:

As mentioned above, you’ll need a shovel to dig Clay. The first Shovel Recipe you’ll likely unlock is the Acorn Shovel, which can be unlocked by analyzing Crude Ropes.

As for Crude Rope, these can simply be crafted in your Craft Menu under the Material Resources Tab, which requires 3 Plant Fibers for each Rope. Plant Fibers (used to unlock the Crude Rope Recipe) can be foraged pretty much everywhere around the map as well. See the Images above for reference.

Basically, Red Ant Parts are obtained from Red Ants, which can be found inside Ant Caves, or the Old Anthill located southwest of the Oak Tree. Be careful though, Soldier ants are hostile and will sting pretty badly.

You might as well take advantage of the fact that the ants inside ant caves will occasionally sleep and won’t be aggressive until you attack them.

How to Use the Repair Tool in Grounded?

The Repair Tool in Grounded can be used to repair broken things that you’ve crafted, like Base Buildings, Storage & Utilities, and Decors.

If you like this guide, check out our other Grounded articles here.

Also check out this video by WoW Quests on How to get the Repair Tool Grounded: