How to Play Garnet MultiVersus 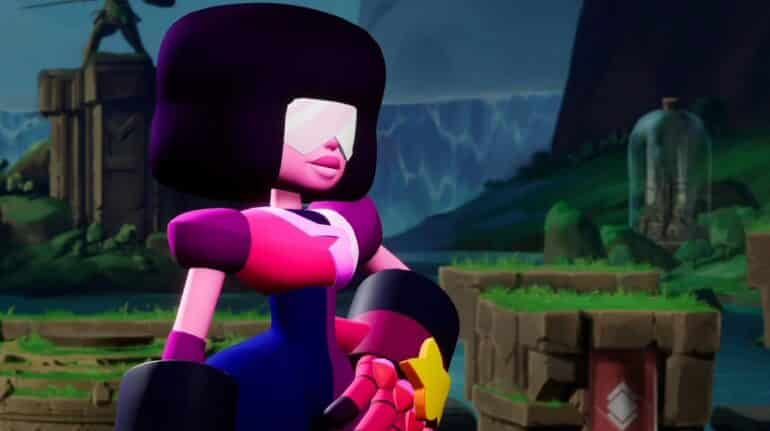 Garnet MultiVersus is a bruiser archetype that can dish out a lot of pain as she punches her opponents out of the ring. The biggest trade off for such a power is that she can be a bit slow to maneuver compared to other characters. This guide will teach you everything about how to play Garnet in MultiVersus.

Garnet excels in ground close quarters combat with her fists giving her a lot of options to deal damage when she’s supported by a platform. She’s a very tough fighter who’s capable of breaking through Armor and has a variety of specials to keep enemies up close. Garnet can chain up her basic attacks for devastating combos once they land a hit.

Garnet MultiVersus is a highly offensive fighter that can use a variety of specials to control the arena. However they often need to be used right. Her Spark of Love special is great for debuffing enemies and giving you control on the ring, but it can just as easily miss. Garnet’s Gem Dash is great for setups if you can get the enemy between you and her marker.

It can be challenging for Garnet to deal with opponents who love to rely on ranged attacks like Tom and Jerry. Her Stronger Than You special can stop projectiles from ever hitting, but you need to be fast enough to react. This special does have the added bonus of stacking Rhythm which buffs allies.

Although Garnet MultiVersus character doesn’t seem to have a Passive unlike other Bruisers like Shaggy or Taz, her basic attacks can be charged and chained for combos for increased damage. If you can land her hits, enemies will be flying in no time flat.

How to Unlock Garnet MultiVersus?

You have to purchase Garnet to unlock her in MultiVersus. Unlocking Garnet will cost you about 1,500 Gold or 700 Glemium. Alternatively, you can use a character ticket to unlock her which are usually found in Founder Packs.

However if Garnet is currently in the free rotation period that changes per week, then you can play as her without having to unlock Garnet with Gold, Glemium, or Character Tickets.

Garnet will gain perks as you play as her and level her up. Here are all of Garnet MultiVersus perks:

This is our guide for How to Play Garnet MultiVersus. We hope you found this article to be informative. We have more MultiVersus content to check out.

Check out this Youtube video from Onestep explaining how to play Garnet in MultiVersus.