How to Play Bugs Bunny MultiVersus

Learn to play as Bugs Bunny in Loony Tunes. 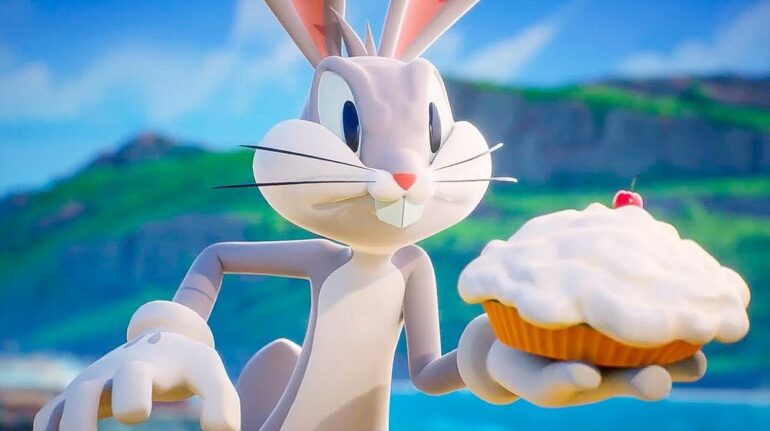 Bugs Bunny MultiVersus is a fighter that has got to be one of the most famous in the roster. Who hasn’t heard of this trickster rabbit that has bent the laws of physics in his favor more than once? Now he’s in MultiVersus and he’s about to show why he’s top dog. This guide will teach you everything about how to play Bugs Bunny MultiVersus.

Bugs Bunny is faithful to his core, even in his MultiVersus adaptation. His fighting style is that of a trickster that manipulates enemies into doing what he wants. He’s makes good setups for his teammates to knock enemies out of the ring. Watch as Bugs uses Toon Physics to debuff enemies and instill penalties in them.

Unfortunately, Bugs Bunny isn’t a free-to-play character. You’d either have to spend 2,000 Gold to unlock him or spend the premium currency, 700 Glemium, if you want to play as him. So you’d either have to grind for the amount of Gold currency or fork over some real world money.

Bugs Bunny Multiverse is a fighter that will take some time to master. He’s got a lot of tricks up his sleeve that confuses enemies and can debuff them. This makes Bugs a great pick for team fights as he can setup up punishing attacks for his teammates to take advantage of.

Bugs Bunny will gain perks as you play as him and level him up. Here are all of Bugs Bunny MultiVersus perks:

Bugs Bunny is a great support brawler for his team. He’s a trickster that has a lot on his sleeve that can fool enemies and manipulate them to his favor. However his moves can take some time to set up so you should master them first before heading in the arena.

Bug’s Ain’t I a Charmer? special is great for leading enemies into the edge of the ring. Have your teammates set up Ringouts this way. You can even use Bug Bunny’s Bunny Burrow to create shortcuts around the arena and move around a lot easier which makes it easier to set up and avoid attacks.

A lot of Bug’s specials is distanced based. So you’re recommended to stay away from opponents instead of engaging them closely all the time. This Loony Tunes icon can still fight man-to-bunny competently so you don’t need to worry about constantly running away.

That’s our guide for How to Play Bugs Bunny MultiVersus. We hope you found this article to be informative. For more MultiVersus content, stay with us!