How To Toast Another Player in MultiVersus?

Show what a good sport you are by Toasting other players in MultiVersus. 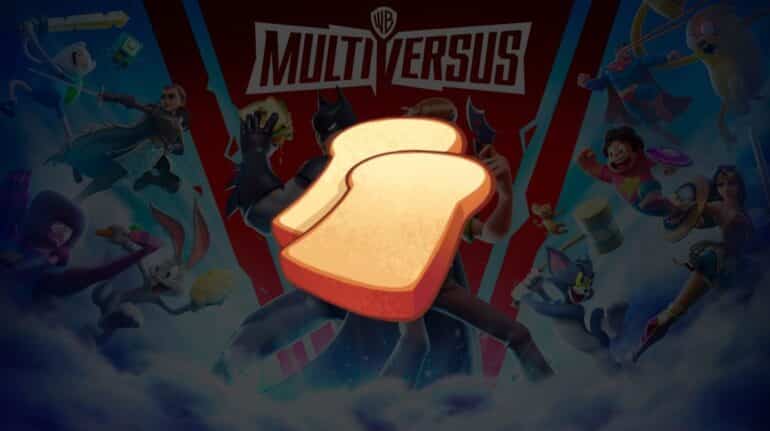 Toasting other players MultiVersus is a gentleman’s way of acknowledging a good game. In the midst of cartoonish violence, there is room for good sportsmanship. Learn all about how to toast in MultiVersus and what it gets you.

How To Toast Another Player in MultiVersus?

You can give toast to other players by going to the Collection Menu from the Main Menu screen or at the end of each match screen where you need to press the “Give Toast” button on the top of each players’ screens. Giving Toast sends 25 Gold to the other player. To do this, you first need Toast which is a currency in MultiVersus that you can collect.

Toast can be earned either by purchasing it with Gold or earning it via the MultiVersus Battle Pass. It costs 350 Gold to buy 10 pieces of Toasts which you can give to other players at the end of each match. You can also give it to other players by accessing the Collection Menu from the main menu.

Despite its name, it doesn’t actually have anything to do with Ultra Instinct Shaggy who is one the fighters in MultiVersus. Although Shaggy can throw a sandwich at opponents or allies, that’s not how you Toast other players in MultiVersus.

WB Games implemented a bit of word play when it comes to Toast. It is represented by Toasted Bread, hence the name, and it’s there to celebrate a good game with other players. It doesn’t matter if you’ve won or lost, you can Toast another player if you choose to do so and have at least 1 Toast available at hand. The number of Toasts you have available are displayed on the upper right corner of the end match screen.

What Does Toast Do in MultiVersus?

Toast tells other players that you appreciated your match with them. It doesn’t do anything to change gameplay but it’s a good way to virtually handshake someone for a good game. It gives other players 25 Gold which is always nice. You will also earn trophies by Toasting other players so there is incentive to do so.

Trophies Earned By Toasting Other Players

If you want to earn all the MultiVersus trophies then you’re going to need at least 3,500 Gold to buy enough toast to earn the Toast Master trophy. Or you could grind the MultiVersus Battle Pass which will give you Toast to give to other players.

That’s How To Toast Another Player in MultiVersus, we hope you found this guide informative. To stay up to date on the newest MultiVersus guides, and features, you can check out our related Multiversus Articles here.

Check out this Youtube video from YourSixGaming showing you how to Toast a player in MultiVersus and earn 20 Gold.