Learn to play the basketball icon in MultiVersus. 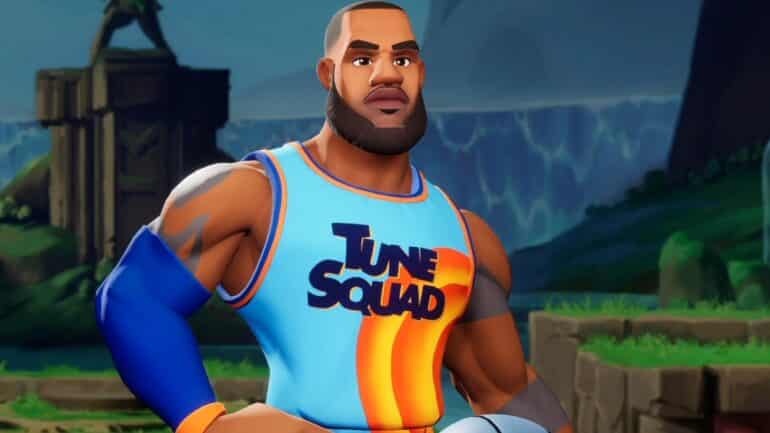 LeBron James MultiVersus is a fighter nobody expected to join the roster. Hailing as the only real life character in the game, the protagonist of Space Jam is more than capable of dunking on the competition. Learn how to play this basketball icon in MultiVersus.

LeBron James is a unique fighter in the sense that he relies on his basketball to do his moves. Don’t try this on any sport, you’d get banned from using your opponent’s body to dribble the ball! LeBron can use his moveset to literally dunk on enemies, damaging them with his athletic abilities.

Despite not being the biggest characters in the roster, LeBron James MultiVersus is still a bruiser and isn’t afraid to go face-to-face against opponents. The best way to play him is aggressively but he can be a tricky character to master thanks to his unusual playstyle. Players will be asked to be aggressive as him due to his unique ball mechanic.

LeBron James costs 2,000 Gold to unlock. You can also spend the premium currency about 700 Glemium or 1 Character Ticket to unlock him instead.

LeBron James MultiVersus is a tricky character to master because there are two movesets you have to keep in mind. His actions highly depend on whether he has a basketball in his hands or not. Some of his moves require cooperation from his teammates, such as his side special, to reach its full potential. Like real basketball, LeBron would need teamplay to play at his peak.

LeBron James will gain perks as you play as him and level him up. Here are all the LeBron James MultiVersus perks:

LeBron James MultiVersus is a bruiser that excels in aggressive combat, however he also needs team play to reach his peak. Using his L-Train! (Side Special) he can surprise opponents if you coordinate it with a teammate. Imagine an unsuspecting foe midair outside the ring with LeBron suddenly teleporting behind them to dunk them to the abyss below.

His unique moveset means that you have to keep a special eye on LeBron as whether he has the basketball or not is a deciding factor on what he does. Due to how he recovers his ball, you’re better playing him as an aggressive character who fights face-to-face with the toughest foes.

Make sure to equip the Make It Rain, Dog! perk as his ball projectile has increased speed. This makes it easier to hit opponents when LeBron throws the ball their way. Best be careful when engaging opponents head on as compared to other bruisers, LeBron doesn’t have that much defensive options with a playstyle that almost leans to purely dealing damage.

That’s our LeBron James MultiVersus guide. We hope you found this article to be informative. We have more MultiVersus content for you to check out.

LeBron James is a strange character among toons and fictional heroes. Check out this Youtube video from MKIceAndFire showing how he interacts with the cast of MultiVersus.