A complete guide to LEGO Star Wars The Skywalker Saga All Minikit Locations in Episode 6: Return of the Jedi. 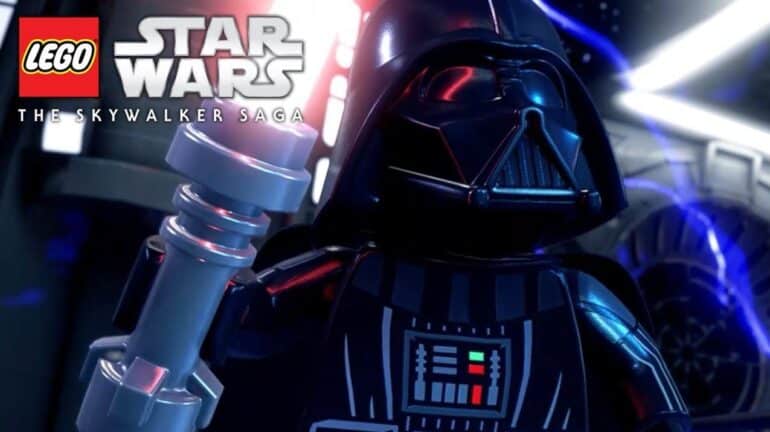 This guide will show you where to find all LEGO Star Wars: The Skywalker Saga Episode 6: Return of the Jedi minikit locations. Minikits can be some of the most well hidden collectibles in LEGO Star Wars: The Skywalker Saga. Some minikits are easy to find and just floating in plain sight while others have special requirements. Minikits are still worth the effort to find as they do reward you with a mini-ship to use in Free Play mode.

The Skywalker Saga also offers a “Rumor” you can purchase that gives you a small hint of where to find a specific minikit in a level. Rumors cost 30,000 studs per purchase, however the price can be minimized if you purchased certain upgrades.

Of course purchasing rumors can be costly in the long run, so in this guide, we’ve laid out where to find every minikit so you don’t have to go through the hassle of looking for each one. There are a total of 25 minikits that can be unlocked in Episode VI: Return of the Jedi.

A Plan to Save Han

Trail of B. Crumbs minikit

In the beginning of the level, there is an Astromech Terminal that can be unlocked by R2-D2. This will lead you to a hallway where you have to platform by wall running and jumping across some poles.

Go to the end of the hall and there will be a room with prison cells on the floor. Switch to a Jedi character and slice any creature that pops out of them. The last creature will drop parts which you can build this minikit out of.

In the beginning of the level, there is a Protocol Terminal underneath the stairs that can be used by C3PO. Interact with it to get the password then continue down the hallway to the south below the stairs until you reach a gate with two buttons. Hop on the Gonk and make it stand on one button before hopping on the other one.

The gate won’t open yet, so look to your right and break the objects before rebuilding them into a machine that will repair the gate. Hop back on the Gonk again and put it on the machine which will open the gate. Continue down the hallway until you see a Password Terminal to the left which leads to a room where two enemies come out of. After dispatching them, switch to C3PO and input the password you got earlier.

Head inside the room and there will be an Astromech Terminal that can be unlocked by R2-D2. Go inside this room and switch to a character who can pull down the lever. After a moment, the machine will drop down parts which you can rebuild into this minikit.

Exit the droid pool room above and switch to a Jedi character. There is an incomplete portrait of Jabba the Hut and you need to look around the room for pieces you can use The Force on to levitate the parts to complete the photo. After you’re done, this minikit will pop out.

Rumor: “Piece this frame together for Jabba’s droid pool room.”

Go to the south of the map, and there will be empty prison cells. Switch to a character with a grenade to blow up the prison cell on the far left end. This minikit is inside.

Rumor: “Those empty prison cells may not look inviting, but that’s what they WANT you to think.”

Inside the throne room to the east side of the map, go to the far end and destroy a levitating contraption to retrieve a power cell. Turn around back into the throne room and head right. Insert the power cell into a machine that will power up a DJ station. This minikit will spawn on the center of it.

Rumor: “The Nalargon needs power! The show must go on!”

After getting all the A Plan to Save Han minikits, you’ll get the “Super Star Destroyer” as a reward.

There is a mounted gun on the top of the ship you can use to shoot down four droids. AFter you defeat them, you’ll be rewarded with this minikit. Boba Fett can destroy this gun if he isn’t defeated, but it should respawn after a few moments.

Rumor: “Take some time out to test the weapons at the front of Jabba’s barge!”

Go to the center of the ship and look up one of its poles for a target you can shoot. Shoot it and switch to a character who can grapple to the lever above. This will open a compartment on the floor where you can drop down and retrieve this minikit.

Rumor: “Every good barge comes with a lever-operated secret compartment!”

Head upstairs and destroy the golden containers with a powerful enough blaster. Rebuild them into the cannon to repair it and then adjust the cannon to the left until it’s aiming at another ship. Activate the lever to fire and it’ll shoot destroying that ship and this minikit will fall to your location.

Rumor: “How can you NOT want to fix up and shoot that thing?!”

Where Has It Gonk? minikit

Go to the southmost of the ship and destroy some contraption that is blocking access to the Astromech Terminal R2-D2 can use and then rebuild the destroyed parts into a Gonk socket. You’ll have to go back below deck and rearrange some blacks behind the cannon on a staircase. Go below again where you’ll find a Gonk you can ride to the top and then insert into the Gonk socket. A floor gate will open revealing this minikit.

Rumor: “Gonk socket at the top, Gonk at the bottom. How will this star-crossed pair be united?”

At the back of the ship, trail to the very left until you find a ladder that heads below. Drop down that ladder and then walk to the back where this minikit is just floating.

Rumor: “Did you hear that? Sounds like something fell overboard…”

After getting all The Copa-Khetanna minikits, you’ll get the “Rebel A-wing” as a reward.

At the beginning of the level before you ride the speeder bike, go beyond it and look to the right. This minikit just behind the bush.

Rumor: “Who left that in the bush? Better pick it up. (Always take your litter home, kids!)”

Before riding the speeder bike, go to the west of the map and you’ll find a locked container. There are parts next to it that you can rebuild into a keycard terminal. Rebuild it and then switch to a character with a grenade. Look behind from the container box and then upwards and you’ll see a Stormtrooper locked in an Ewok cage. Throw the grenade and the cage will fall down along with the Stormtrooper who will drop the keycard. Insert the keycard into the terminal to retrieve this minikit.

Rumor: “That box could be opened by a keycard…”

Before riding the speeder bike, go to the south of the map there is a cave with purple cracks. Use the Breaker Blaster to take it down and then enter inside. You’ll find an Ewok sleeping on this minikit. Wake it up by destroying the objects surrounding the Ewok and then rebuild the parts into food that will wake up the Ewok.

Rumor: “They say Ewoks only wake up when they’re hungry…”

Head above the cave and there is an Imperial terminal that you can interact with. You’ll be given the choice between two blasters, pick either and shoot out the birds from the sky. You’ll get this minikit as a reward.

Rumor: “Those geejaws are getting in the way of our minikit hunt!”

Ride the speeder bike and during the chase sequence, keep an eye out for a Stormtrooper with a glowing minikit attached to the back of their speeder. Destroy the speeder and you’ll get this minikit.

Rumor: “What’s that on the back of that speeder bike…?”

After getting all the Ender the Line minikits, you’ll get the “Imperial Lamda-Class Shuttle” as a reward.

Head south of the map and you’ll see a stage with some white object underneath it. Destroy the objects and rebuild them into a lever. Pull the lever and target practice Stormtroopers will come out. Hit them one by one as soon as they turn yellow and this minikit will appear at the end.

Rumor: “Take a moment to enjoy a traditional Ewok game!”

Head to the center of the map where you’ll find rebels who are trapped on trees by the river. Shoot 3 of them down with a blaster and you’ll be rewarded with this minikit.

Rumor: “What is it with rebels and nets…?”

In the center of a map near the AT-STs there is a wall you can cut a hole in using a Jedi. Cut the hole and go through where you’ll find a downed AT-ST. Destroy the objects around it and then rebuild the parts into a First Order Terminal. Switch to the apt character than then solve the terminal puzzle and then the downed AT-ST will spit out this minikit.

In the same area as the down AT-ST switch to a Jedi character and look around for objects you can use the force to stack against each other like a staircase. Use them to climb up the tree and retrieve this minikit above.

Rumor: “Endor has many trees, big and small, many hiding something valuable…”

In the section where you drive an AT-ST shoot down one of the passing speeder bikes to get this minikit.

Rumor: “Speeder bikes are always in the way of the road…”

After getting all The Chewbacca Defense minikits, you’ll get the “Imperial TIE Interceptor” as a reward.

Always Check Behind the Chair minikit

During your boss fight with Darth Vader, immediately head behind the Emperor’s throne for an easy minikit.

Rumor: “People are always dropping things down there…”

During the Emperor Palpatine boss fight where he calls his Royal Guards from the elevator, ignore them and go behind the elevator. Switch to Vader and solve the Imperial terminal puzzle. An elevator will open with this minikit inside.

Rumor: “An elevator with that much security must transport something good!”

Rumor: “Someone’s opened the Emperor’s toys! Get them back in their correct boxes before he notices.”

In the room with the statues you have to rearrange, switch to C3PO and access the key terminal for the password. Head east and through the metal detector (you can jump over) then destroy the plant next to the TV with a Password terminal behind it. Input the password and then step on the button in front of the TV. The TV will spit out the parts you can rebuild into this minikit.

Rumor: “Maybe a protocol droid could make sense of the images on the wall monitor.”

Rumor: “It doesn’t matter where the power cell comes from. Bouncy castles are priority!”

After getting all Fulfill Your Destiny minikits, you’ll get the “Death Star II” as a reward.

Check out this video from Trophygamers showing where to find all the minikits in The Chewbacca Defense level.