A guide on how to join the Express Mission Event in Lost Ark. 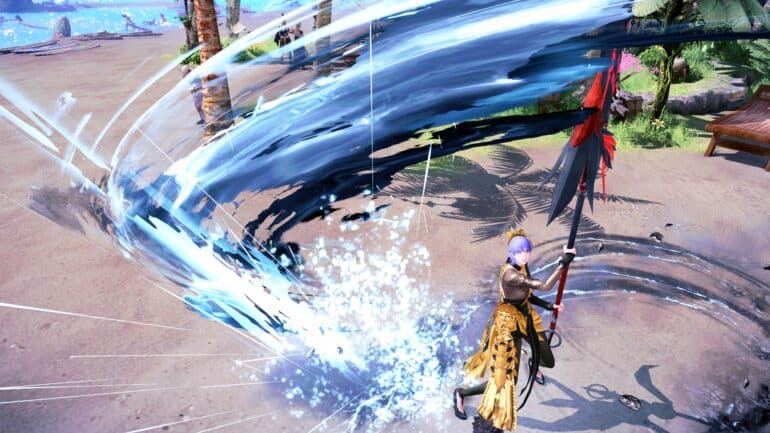 The Lost Ark Express Mission Event aims to help newbies and players who want to start an alt character to catch up and get into the endgame content quickly. This event offers several different ways of boosting a character from giving out lots of mats, and even providing a high boost when honing gear and weapons.

In this guide, we will talk about the different boosts that you can take advantage of in the Express Mission Event, as well as ways on how you can maximize the event rewards for your roster.

How long will the Express Mission Event in Lost Ark last?

The Express Mission Event will run from April 21 to June 30, 2022. That’s quite a lot of time to complete every mission that is available in the event.

How to Start the Express Mission Event

Any Lost Ark character who has reached Level 50 and have a gear level less than iLvl 1000 can join the Express Mission Event.

Tier 1 characters will get the most out of the rewards given by the event since they will be receiving honing materials that will boost them quickly to Tier 2, as compared to Tier 2 characters who will no longer find any use for any Tier 1 material rewards. Tier 3 characters are barred to participate in the event due to going over the gear level restriction, but characters who participated as a lower tier and has reached Tier 3 within the event can still do the missions.

The Lost Ark Express Mission Event has been divided into 4 sections and split into Tier 1 and Tier 2 missions and can be found in the following regions:

There are two ways that your can get your character boosted with this event:

The selected character for this event will get three kinds of boosts when it comes to honing, such as:

Remember that only the character who was selected to participate in the event will get the boost when they hone. Also, only gear and weapons under Tier 1 and Tier 2 will be able to get the honing boost.

Super Express Missions are missions that give out tons of materials and battle items once completed. Missions are divided into four levels and they progressively get more difficult the higher your iLvl becomes. There is also a Bonus level which involves completing several special dungeons.

Higher mission levels get unlocked once all the missions of the previous level are completed. Once a level of missions is completed, you will also receive an additional reward.

(to be added soon) These missions will help the character reach iLvl 1100. Completing all its missions will reward the following:

These missions involve clearing the special dungeons and are already unlocked regardless of the character’s progress in the event.

The best Lost Ark characters who just reached level 50 and going through Tier 1 will benefit the most out of the Lost Ark Express Mission event. Tier 2 characters can still participate, however they will only be able to make use of the materials that are applicable to their tiers. There is still the Level 4 Clear Reward that all tiers can aim to get as the reward chest will give out the most rewards that are useful for any tier.

Considering that the event lasts for more than 2 months, you may want to hold off participating in the event until a new class gets released. So far, the Glavier has been released along with the event, so players who want to take their new Glaviers to the endgame can participate in the event.

On the other hand, the Destroyer class doesn’t have a definite release date yet; only an approximate release date by the end of May. Not considering possible delays to its release, completing the event within a month’s time should still be doable depending on how much you’ll play.

Most importantly, it is vital to note that if you are a veteran Lost Ark player, refrain from playing using your main character. Remember that rewards are bound to the character used and once you select your main, you can no longer change the character chosen for the Lost Ark Express Mission Event.

The goal is to reach from ilvl 302 to ilvl 1100 on a character, so you’ll only waste the opportunity to play this event if you choose the wrong character, or an already high-level character for that matter.

If you like this Guide, be sure to check out our other Lost Ark articles here:

Check out this video by ZealsAmbitions talking about the Lost Ark Express Mission Event: